BlueStacks App Player displays apps inside a window and emulates Android's touchscreen motions with your mouse. It takes longer than tapping and swiping, but it works better than we expected, especially since it's still a beta release.

Apps in Windows: It does give you the ability to run Android apps on your desktop or laptop PC.

One for all: Using the same apps for both Android and Windows has potential advantages, including cross-platform familiarity, easy data transfer, and access to thousands of Android games, tools, and apps in Windows.

Beta: Like any beta release, BlueStacks has some bugginess. Disabling its startup and services entries in System Configuration and launching BlueStacks later when needed significantly improved the stability of both BlueStacks and Windows.

Subscription: Apps of the day can be downloaded for free, but there's a monthly fee to keep using your own apps on BlueStacks.

Lost in translation: Android apps don't look or run quite the same in Windows, and the interface and controls are different. Some apps are disappointing, but others translate well into Windows.

Despite some growing pains, BlueStacks App Player is recommended for anyone who wants to open up the Android world on their PC or laptop.

From Bluestacks: Bluestacks enables you to run Android applications and games on your PC. BlueStacks and their 140 million users empower the world to play Android games directly on PC. As the largest mobile gaming platform for PC and Mac, we give players the tools they need to be the more competitive. Assign your keyboard and mouse to the actions you want to perform in your game with our simple keymapping tool. Save you keymap and use it each time you play to save time. Not only can you map taps buy you can also map tilting, swiping, and many more native mobile actions directly to your keyboard or mouse. Imagine how much quicker you can be in games like VainGlory or Clash Royale if you could point with the precision of a mouse. App Player now acts more akin to a Browser interface, allowing users to play multiple apps at once. Keep your messenger running in a tab while you take a stab at new games. Play an app while another is downloading ... the possibilities for use are endless. Users can now enjoy easy access to functions like set location, shake the screen, adjust volume, and many more. Try out all these actions inside the new Toolbar on the left side of App Player. To fully immerse yourself inside of App Player, simply click the Full Screen button. We constantly look at our users' feedback and are ready to release new optimizations for some of the most requested apps. Here are some of our favorites: We added a BlueStacks TV window to App Player, and inside we've curated live streams based on what we think you specifically would be interested in. Don't waste time searching for a stream when you could already be watching one. We've cut away all the special equipment, software, and hassle to bring you the easiest streaming experience. Once you're live, you can easily keep track of your viewers and interact with them in your Twitch chat. Don't forget to use headphones. Watching a game is always more fun with friends. We added real time Twitch chat to all live streams so you can join in on the conversation. Share your live stream quickly to Facebook and Twitter. Add #BlueStacksTV so that we can feature your stream on our social media. We can't wait to see how you use BlueStacks TV and make it your own. We'll be watching so we can improve your experience as fast as possible. 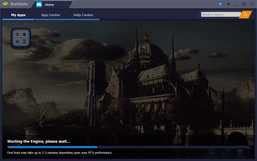 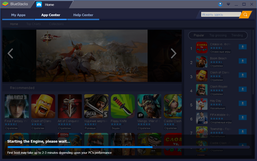