Media Player Codec Pack supercharges your Windows Media Player by adding support for dozens of new video and audio formats. If you'd rather not download a universal player to play all of your favorite songs and movies, this will be an essential boost to your built-in media player.

This comprehensive pack adds support for FLAC, MP4, FLV, and other video formats as well as some obscure audio files on both 32-bit and 64-bit versions of Windows. You can install it by choosing between two installation modes -- easy and detailed. We recommend using detailed as you will be able to control exactly which items to install. Media Player Codec Pack sets itself up with recommended settings, but you can change its surround sound, compression, and other settings to fine-tune your media player completely. You can even choose which codec packs you want and which can save space if you think there are some formats you'll never use. Once you have Media Player Codec Pack installed, Windows Media Player plays all of the listed formats without much of a hitch. Additionally, all resolutions, including High-definition (HD) and Standard-definition (SD), are supported.

If you're happy with Windows Media Player but just want it to play more file types, then Media Player Codec Pack is for you. It saves you the trouble of downloading a new media player just to play the files you couldn't otherwise play using your standard media player. 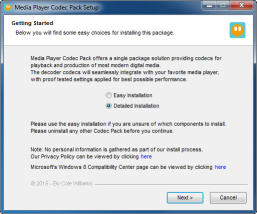 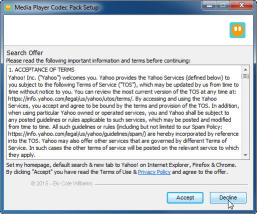 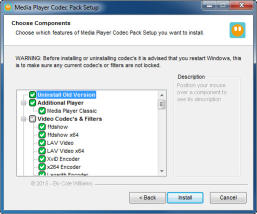 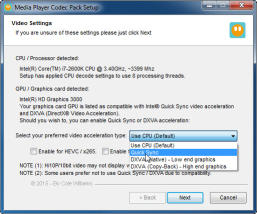