App works nicely on my phone. The shows have streamed seamlessly without any hiccups or crashes. I also haven’t had any issues with the sign-in that other users have complained about so perhaps they’ve fixed those bugs already. One thing on the app I haven’t tried yet is the stream to tv feature with my Roku device, so I’ll update my review once I do. The only thing that is holding me back from giving it 4 stars though is that I wish it allowed us to download their shows ahead of time (even with commercials pre-downloaded is ok with me since they’re short on the app). I would hate to waste too much precious data on this since I don’t yet have my own plan and have to share data with my family, so I hope they implement this capability in the future. In fact if they do, it could potentially increase app engagement by a significant amount and help differentiate them from their competitors since not many tv network apps have this capability that I know of, other than STARZ.

I’ve read many reviews on this app before using and, while all apps have their shortcomings on one device or another, it works flawlessly on my IPad. The necessity for the extent of the commercials within ALL programs I have viewed to date is certainly contrary to one of the premises that individual video apps should be aspiring towards but, I suppose, the marketplace and it’s costs dictate such...don’t they? Or is this company simply trying to garner profit at every possible quarter without regard to building allegiances with their patron? The world of modern entertainment is rife with such profit vs duty to consumer questions. The company who finds, builds and delivers content withOUT the interruptions during the delivery/viewing will be the company who ultimately wins loyalty in their users. But surely the directors of such media stalwarts know that, right? Or is it simply about securing an ever increasing profitability and stock value? As I said, so many questions in simple delivery of something so simple these days...

I’ve been using the app for the past several weeks and have enjoyed it so far. Haven’t had any problems with streaming on my iPhone 6+ (I do have 300mb with 5G wifi). I agree with the repetitiveness of the same 6-7 commercials, but it would be worth it if I had access to the back catalogue of shows & seasons. Why would I be interested in watching The Last Ship, for example, if I cannot start at the first season? It is highly annoying to jump into the middle of a good series and not be able to start from the beginning season. TNT has invested too much into great writing and production of its series not to proudly put them all on display, cancelled series included. Please consider this, or at least disclose why they cannot be shown. It was the only reason I downloaded the app in the first place instead of streaming through my provider.

From TNT: The all-new TNT app brings you the TNT originals you love, like Animal Kingdom, Claws, Will, The Last Ship and more, along with favorites like Law & Order, Castle and Charmed. With our apps on Apple TV, iPhone and iPad, you can also catch live sports, awards-shows and blockbuster movies on any screen. You can even start watching before signing in with your TV provider (up to 10 minutes for live TV and five minutes for on-demand). And, we've added select TBS shows to the new Spotlight section so you can get a taste of the best comedies on TV. 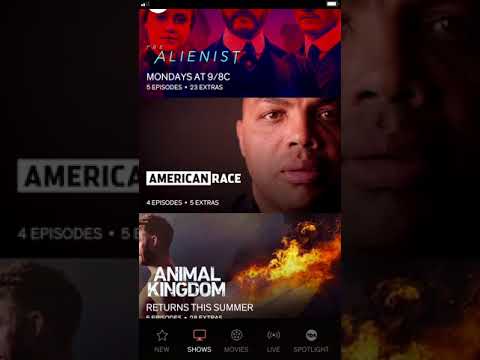 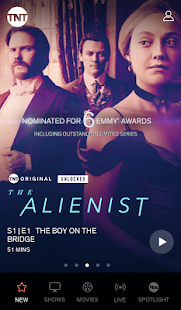 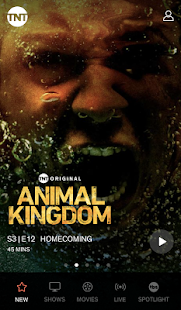 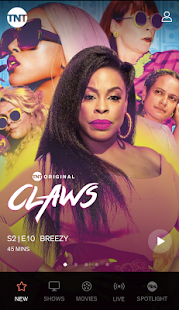