Dear ROBLOX, I have been playing your game for about two years now and I only see one problem on mobile. The support for games on mobile. Now I love ROBLOX, so do many others, the experience of trying out millions of games (literally) is amazing. Yet, that experience can get diminished by game crashes, lag, screen shaking, no optimization, and no mobile specific controls or controls not working. Because the developers of certain games I love like Anarchy, Containment Breach, Impulse, Hex, Phantom Forces, Apocalypse Rising, Framed, Noreitiy, Stalker Reborn, Halo Tycoon and so many more amazing games give little to no mobile support (Even Star Wars). I request that developers of PC/XBOX Games help give more mobile support to their games so mobile players can also have a good experience as well. And I know they can give out good support if they were to TRY, The Last Stand 2, Bloodfest, along with Criminals vs Swat being three prime examples of game developers LISTENING and giving really good support. Maybe it is my taste in Genre that partially ruins the experience, but either way, I want (I speak for all mobile players) better mobile support for those games that do not work well on mobile devices. I believe in you ROBLOX Developers that you can make amazing mobile support happen, good luck! I hope ROBLOX and its developers of its amazing games read this.Thanks for reading,From a ROBLOX Fan

First, the report thingy doesn’t even work, so if someone calls someone ugly, a noob, or something like that, the report just goes into a world of nothingness. (And I’m saying this from experience) Second of all, U might need to fix the chat a bit, only because for example, the word suggest is something that gets tagged out, and a lot of people get called out and/or made fun of for it. So basically it’s sorta like your asking for more people to get made fun of bye tagging out harmless words. And in the Adopt and Raise a Baby ,Have a Family and other games like that NEED to limit the people that are on the server, or not let people with a bad roblox background on the server or games like that, only because I see people left and right asking to see them naked, and other inappropriate stuff like that. And all that stuff happens in game too! And fourth of all, I think that the things people wear on this game. One time, when I was playing Robloxian Life, there was someone with no clothes on. So I left the game. Don’t worry, there is only one more thing I’d like you to fix, since your probably getting bored of this by now. And Last bit not least, trading scammers and free robin scammers. I have seen so many types of scammers on roblox, I’ve definitely lost count by now. There are way too many and I would like that fixed. By the way, I’m horse_loverOG on this game, so friend me or say hi if u see me ;) -horse_loverOG

So positive first:I like that you can make your own games and get gear and stuff with robux play other games make groups join groups role play and things but why not make a feature where you can make a test game for free and let friends and other people do it now for the bad partBad part:this is terrible(no offense I’m not talking about the whole game just some features)so first why don’t you have a thing where you can get robux for free instead off paying like if little kids are playing and need robux plus one day I lost ALL MY ROBUX and didn’t want to pay anything even though 99cents isn’t much cause you probably end up getting like 90,000 dollars just for party costumes and robux and stuff like why do you make stuff so pricey and there are scams and stuff maybe you should try and spot things like that and if someone says a bad word make them with a warining or something I know you’ve been reading this for like 10 minutes so to make this shorter…make an update with things like free robux features cover bad words like the hashtags you do but let people say stuff like shoot don’t just do ##### make people who scam and stuff get a warning and for the bully’s make the reports work like this they don’t work and people have been rude to me and more to other people and I don’t like watching them get ? hurt make roleplay games nice ?and let people have a nice day and you have a nice day?bye!

From Roblox Corporation: Welcome to the world's largest social platform for play. Every month, over 48 million players imagine, build, and play together within immersive 3D worlds. Everything in Roblox is user-generated. Our growing community of 1.7 million creators produce millions of unique 3D multiplayer experiences using Roblox Studio - our intuitive desktop design tool. It's the reason we're called "The Imagination Platform." Players can become an overnight retail tycoon, compete as a professional racecar driver, solve a murder mystery, or simply build a dream home and hang out with friends. In this safe and moderated environment, imagination rules supreme. Hang out with your friends and millions of other virtual explorers across computers, mobile devices, tablets, consoles, and VR in a wide variety of social games. Take on a new persona and dress up your avatar with thousands of different hats, shirts, faces, gear, and much, much more! Connect with your friends online with in-game chat features, private messages, and groups. Roblox is free-to-play with optional in-app purchases. 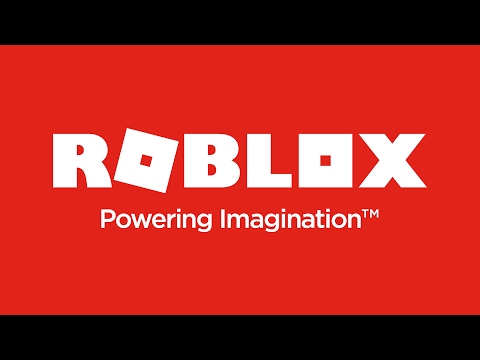 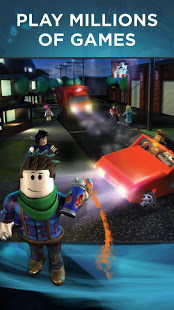 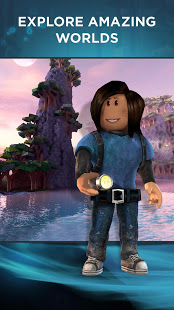 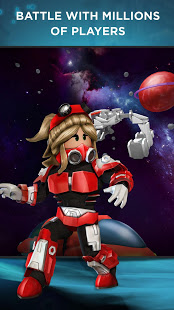