This app is truly amazing with all the capabilities that it has. I live in Los Angeles and it accurately depicts all the lines, with the majority of them having real time predictions. This is always the first app I check when planning a journey anywhere. I love the feature to turn and off minimizing walking because sometimes I take my bike with me on my trips, and I can do portions of the trip on my bike. The only problems that I would have with this app is that recently it has been showing very few busses with real-time info. The majority of times have just been the scheduled times. I immediately jumped to the conclusion that this wasn’t the app’s fault, but I checked other apps like Citymapper and it did have real-time predictions for the exact same bus. Furthermore, half the time I click GO, it doesn’t show the happy face in the top left corner, meaning that I’m not providing real time information back to the system. I’d love to help more but if it doesn’t let me there is nothing I can do. The reason I am still rating this five stars is because I would still use this app over any other one I have.

5/5/18 update:First, thanks to the developer for responding to my original review. I’m not sure what good screen shots would do, but here’s a specific example from last week Monday, morning: I got to the bus stop and checked your app for the arrival of the next bus. It said 19 minutes and that the last bus had gone through four minutes earlier. Instead if waiting such a long time, I opted to jump in a shared bike that happened to be parked nearby. No sooner than I’d pedaled all of a mile (about five minutes later) and, whoosh, the bus goes flying by. All of relevant buses appearing in the schedule were displaying with the GPS tracking indicator, but none of the times was accurate. Maybe you could query Valley Transit about their useless signalling.______________I have relied upon this app in the Phoenix metro area for going on two years and consider it an essential part of my commute and even incidental use of public transit. However, it seems that recently it’s less accurate, even for buses that are supposedly being tracked with GPS. I’ll keep using it, because I really like its user interface and features, but I’m hoping, a lot, that the accuracy of arrival times improves—soon.

Now as a tech savvy enthusiast, I always aim to test out dozens of apps just to know what works and what just simply doesn’t work. For a while, transit slowly but surely growing and over the past 4-5 years, as a New Yorker, I can confidently and how heartedly say that this app is truly one of the best apps out there!-Subway countdown clocks? Pffft, who needs them? TRANSIT has been RIGHT for the arrival of trains for the past 2-3 years now (mark my words, and I’m very avid on time frames). -When there’s incidents affecting your line, guarantee you won’t hear it on the news, but you’ll definitely get an alert with Transit, whether you’re in the app or not. -If you’re not sure how to find a certain subway stop, TRANSIT slays at showing you markers where you are exactly located and when to leave in order to catch that train you just aren’t quite sure is still running or not (even if it’s every 20 min on the weekends late at night)2 things: I would LOVE to see an integration for Juno, VIA, and ARRO/ CURB apps as well, it would truly make this app even more unique and stellar.Also, there’s an amazing app called iTransNYC and I would LOVE if Transit integrated their app and notification styles with them. Before Transit, iTransNYC was my go to app. Would be really great if a great app got picked up by an even greater app. Transit is already slaying other NYC subway applications. Why look any further?:-)

From TranzMate: #1 global app for public transportation. Peace of mind, in the palm of your hand. Moovit is the #1 local transit app in the world trusted by over 60 million riders across more than 1400 cities. With the most robust and precise information of any public transit app, Moovit adds a new city every 24 hours. Combining all your transit options together in a single app, Moovit gives you total control over your travels so you can finally enjoy peace of mind when riding public transportation. Because public transportation is always unpredictable, Moovit constantly updates as transit operators change schedules or alter service, so you don't end up at a station that is closed, or waiting for a bus that isn't coming. Live Directions with Get Off Notifications guide you step-by-step in real time as you travel. Know exactly where you're walking, how long (or should we say how short) you're waiting, and how many stops are left. You can focus on anything you want while riding because Moovit will alert you when it's time to get off. no need to constantly re-check whether yours is the next stop. Bike Share - For sunny days, days you don't feel like walking, days when you feel like a little extra exercise & many other days. Real Time Arrival information (where available) lets you know when to be at the stop so you can spend your time doing something more valuable than sitting around and waiting. Global Coverage in over 1400 cities means that when you travel, you will still be able to ride public transit like a local. Additional Features. the Favorites Screen lets you save locations and frequently used lines so that you get going with a single tap. the Widget gives you immediate access to your favorite lines & locations making checking public transportation as easy as checking the weather. Service Alerts keep you in the know so you don't end up waiting for a bus that isn't coming, or sitting on a train because of a delay that could have been avoided. When you save your favorite lines, Moovit sends you a message when there is an issue that would affect your travels. Live Ride tracks your ride & alerts you when you're approaching, and when you arrive at your stop. So even when you know exactly where you're going, your mind can indulge in a wandering day dream. Line & System Maps let you view any local transit map available as a PDF file. Ride with Moovit in 100+ cities across the US: New York, Los Angeles, San Francisco, Boston, Chicago, Philadelphia, Washington DC, Austin, Seattle, Miami, and more. Moovit supports all major transit operators including: MTA, New Jersey Transit, LIRR, MBTA, WMATA, SEPTA, CTA, Pace, LA Metro, Metrolink, SFMTA, AC Trans, BART, VTA, OCTA, Amtrak, King County Metro, Miami Dade Transit, MDT, Metro, Muni, MARTA, RTD, CATA, MWRTA, Metrorail, Bart, Beeline Bus, Norwalk Transit, Dash Ladot, DC circulator, Torrance Transit and more. Bike sharing provided by: Bay Area Bike Share, B-cycle, Bike Chattanooga, Bublr Bikes, Capital BikeShare, CAT Bike, Citi Bike, Citi Bike Miami, CoGo, Decobike San Diego, Divvy, Flashfleet, Healthy Ride, Hubway, Hudsonbikeshare, Indiana Pacers Bikeshare, Nice Ride, Pronto Cycle Share, Skybike, SLC Bike Share, WE-cycle. (Including: Muni map, Path Train schedule, WMATA next bus, next Caltrain, METRA schedule Chicago etc). Moovit is a worldwide app. You can find us in hundreds of cities around the world including: UK (London, Birmingham, Manchester), Spain (Barcelona, Madrid), Italy (Rome, Milan, Napoli), France (Paris), Poland (Warsaw), Sweden (Stockholm), Finland (Helsinki), Hungary (Budapest), Russia (Moscow), Netherlands, Israel, Brazil (Rio, Sao Paulo), Chile (Santiago), Colombia (Bogota), Mexico City, Peru (Lima), New Zealand, Philippines (Manila), Greece (Athens), South Korea (Seoul), Norway (Oslo). 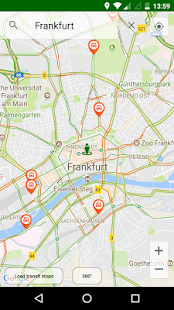 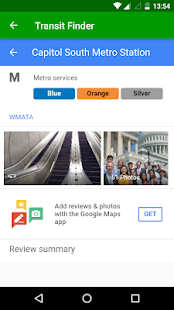 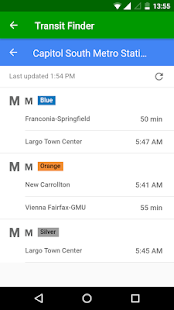 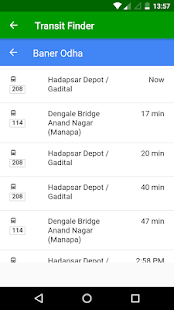