From Mobdro: Mobdro is an app to stream movies, TV shows, documentaries, sports, and other content on your Android. However, it works differently from most similar apps. The reason is that with Mobdro, you don't choose what movie or episode you want to watch; instead, you choose a channel. In a lot of apps for watching movies and series online, you can choose the exact episode or movie you want to watch at any time. With Mobdro, it's not like that. Instead, you have an enormous list of channels that show nonstop episodes or movies. In addition to the TV show and movie channels, Mobdro also offers streaming of traditional TV channels as well as sporting events. You can even access some rather strange streams, like live videos of animals or people playing video games. Mobdro is an interesting alternative to the huge number of apps available for watching content online, mainly because of the margin of surprise it entails. In the mood for a scary movie? All right, but you don't know which one until you start watching it. It's almost like flipping through the channels on a normal TV. 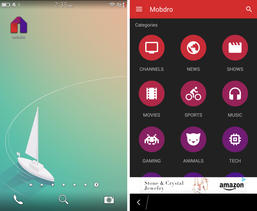 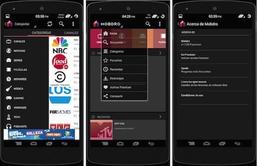