So of course, this is an awesome app. Great graphics, awesome recorder, blah blah blah it’s awesome I agree. But on the other hand, I know you have a REGULAR du recorder for Samsung which has this thing on the side where you can press and it will show a few things you can do. Oh, and did I mention, that it’s not only live? Actually, it’s not live. So you can record videos and pause the video by tapping the icon on the left and pressing the pause button, then to keep going, press the play button. There are more things you can do with that icon, just I want you guys to please add that. I’m giving this 5 stars because THIS is also and awesome app, but I’m asking for the OTHER one on Samsung.

Okie so it’s a pretty good app overall but I’ve got some things that I kinda want you to fix:/1. Every time I want to start a new stream,it tells me I have to verify my account even if it’s the same day I verified it. I have to do it every time and log back into my yt on the app in order to stream again 2.Sometimes when I stream the screen on the stream goes completely black and my viewers can’t see what I’m doing 3. (This one bugs me the most) Everytime I end a stream on my own (stopping the stream intentionally) it tells me there is a system error,to reset the stream..and the stream stops like normal,I go to restart the stream but the screen recording button still says in streaming but I’m not..it doesn’t go away and I can’t stream again/record my screen until I restart my phone..otherwise it doesn’t go away..Please try to fix these I really like this app otherwise that’s why I gave 4 stars instead of 5

I can get it, it’s kinda hard to make an app like this, but I really, really need some things here fixed. First, whenever live-streaming, when I enter a ROBLOX game, all audio cuts out on the stream. So far I’ve only seen it happen on ROBLOX; other games work. Also, when I exit a game on ROBLOX, the stream stops. Second, I reaaalllyy would like a facecam feature. For both recording and livestreams, movable with a hard press hold and drag, or something like that. And third, there should be an audio mixer to make sure microphone audio is not drowned out by the game audio, or vice versa. Thanks for reading.

From DeskShare: This advanced screen capturing tool can capture anything you see on your PC screen, including the entire desktop, windows, menus, cursors, and even video with sound, and now also supports recording the screen on your mobile device! Use a connected microphone to add narration to your recordings, or have the program record the sounds the computer is playing. You can even record from the microphone and speakers at the same time. The built-in Preview feature lets you quickly review your movies. Create training videos, demos, presentations, or even record your internet chat or voice over IP telephone sessions - anything that requires recording your PC screen and audio. 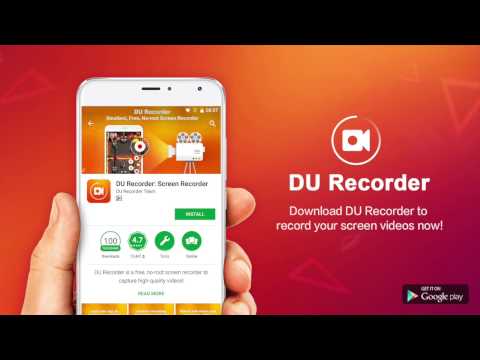 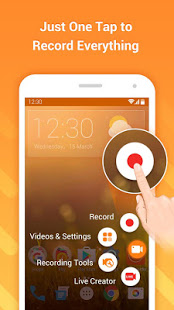 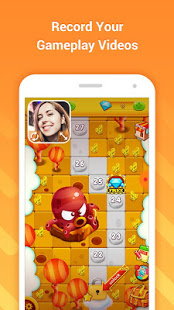 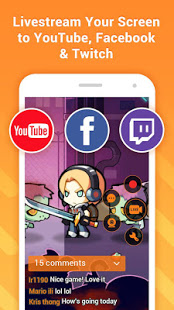