This game some times glitches and freezes, but I get on the top of the leader board I Rate this 5 stars ⭐️, you don’t haft to pay anything in this game, so I would get this if I where you, because it awesome.??? and their should be adds like FFA and Team, Team is like their well be red team green team and blue team and red team can’t eat each other and green team can’t eat each other and blue team can’t eat each other so I want you to work on that like right now please then it’s good and make some free skins in agar fast please and fix the glitches and freezes in the game to please??? make all of these things free please??? please?????and lower the prices in the skin shops like really the spy skin and make invisible skin and make it 190 coins in the skin shop please pretty please you would be my hero for ever and ever ???

Latest update as of June 2018 has destroyed my opinion on this game. I'm now playing against invisible players. Literally, players are cheating some how by being either completely invisible or you can only see a name. The lag is horrible, the game glitches, it's constantly having to sign me back in using Facebook, and it is constantly freezing causing me to lose 10s of thousands of XP. I swear it seems like if you get over 6000 mass the game freezes in a matter of minute even when the server isn't that crowded. I use to only have to worry about lagging out from time to time. Now I'm dropping my rating from 5 stars to only 2 stars. I'm editing it again to drop it down to 1 star because it won't let me stay on the leader board without freezing up.New Update early July 2018. The invisible players seemed to disappeared. The lagging out continues. Now I'm at 3 stars.Minus 1 star!!!!! You can't hold the #1 position for more than a few minutes before the game freezes!!!! I've lost countless XP!!!!! I'm currently level 83 and I swear I should have max out by now (100) if I could get back all the XP that was stolen from me over the years!!! When the game freezes it's locking up my phone too!!!! (The only plus side to the freezing is it gives people a better chance to get to the number 1 spot.)Plus 1 star. Freezing is not as bad now.

Great game there is nothing bad or fresh it is a good game for like everyone!!and there is nothing but the game not a chatting game you just see the game and it is really fun and addicting parents make sure you don’t tell your child to delete it because it is so addicting and fun it’s only for children and nothing is bad on it is is a game for children and the usernames that people put is nothing bad at all only a few bad words like the f word and that’s it and the new update is great way better than before and this game is awesome and never disappoints! Be aware if you start you can’t stop!! Awesome game I totally recommend for any age just the ads so many adds and there is nothing bad or anything in the ads the ads are only about other games like 8 ball etc.

From Agario: The game contains three entities: pellets, cells and viruses: Pellets, or food, are randomly scattered among the map. When swallowed, they slightly increase a cell's mass. Cells are controlled by every player. Only opponent cells that are smaller can be swallowed; they can be swallowed directly, or by splitting, as described below. Cells move slower with heavier mass and gradually lose mass over time. Viruses split larger cells into many pieces. Smaller cells can hide behind them for protection against larger cells. They can be fed to create another virus launched at a direction the player chooses. Players can split a part of their cell, flinging one of the divided cells at the direction of the cursor. This can be used as a ranged attack to swallow other cells, to escape from a difficult situation, or to move more quickly around the map. Split cells eventually merge into one. Players can also release a small fraction of their mass to grow other cells or to feed viruses, which splits them when done several times. 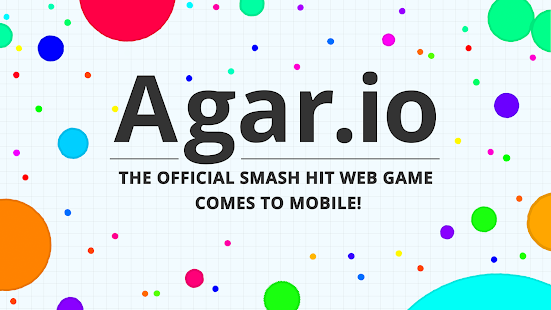 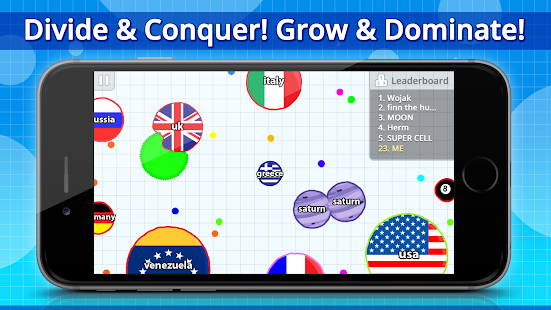 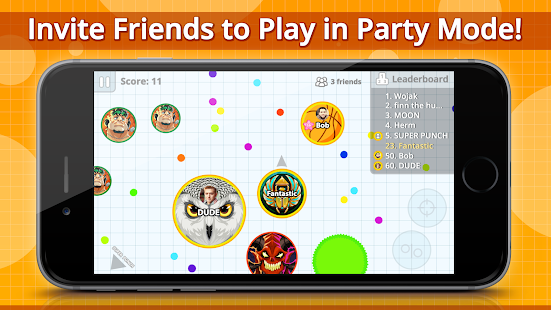 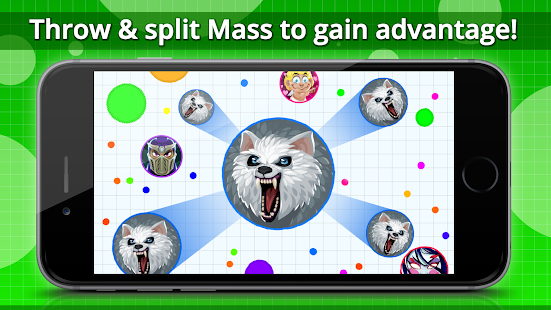