This game is absolutely amazing, the music makes the game very foreboding and the gameplay is absolutely stellar. At first I thought I would hate it since it was based on Oregon trail but I absolutely love it to death and beyond. There is just one problem though. And no it is not the fact that I had to pay for expansions or that the game was 3 dollars. It's the fact that clements quest seems to have a problem when I can't get past the giant mountain after Las Vegas. For some reason I always slow down to a crawl when I get to the mountain and I don't know how to go faster. I have seen youtubers play it and they go over the mountain like its cake walk. I would like and update where it is not hard to accelerate to top speed on any incline, or at least a way to go faster. The game is stellar but clements quest needs to be fixed, sooner rather than later. Other than that the game is well made and I am just addicted to it. Thanks for all your work so far.

This game rocks! Seriously one of my favorite games on my phone! The controls are easy to learn and it's highly entertaining! Plus the decisions you have to make to survive keep you on the edge of your seat!(I mean if your sitting down)However, I do have some issues with the final cut expansion. It's a really cool expansion, but for some reason you are no longer given any sort of points for survivors, or supplies, or any extra points for anything actually other than difficulty level and distance. This is suuuuper dissatisfying, making all of your saving and scavenging useless in the end. AND on top of that, for some reason after the boss battle, when it says "you made it in to safe haven" IT FREEZES! You beat the game, and after all of your hard work the game freezes on you! That, as you can imagine is very frustrating. I just ask that you fix these problems or just make a way to toggle the expansion on and off so we can choose not to deal with it. Other than that the game is great!

This game is more expensive than some people are accustomed to. That’s fine, but for perspective, I shelled out three dollars for “Organ Trail” when I was nine years old. I’m now fifteen, and I still re-download it every few months and play through a trip with four of my close friends, just for the sheer joy of it. Bottom line: it pays for itself. You’re gonna be using a long time. That’s why it’s worth the three bucks, and why I’m beside myself with excitement after just having bought the expansions.My favorite mobile game and one that is unlike any other. A must-have on anybody’s phone.

From The Men Who Wear Many Hats LLC: ----------- Latest update includes save file recovery!!! -----------**Touch Arcade - 9/10 "Organ Trail: Director's Cut is a weird, wonderful and almost surprisingly expansive experience that will both infuriate and enchant."****148 Apps - 9/10 "Virtually every aspect of Organ Trail: Directors Cut oozes style and cleverness."****Jay Is Games - "Organ Trail: Director's Cut is a quirky, darkly humorous, and off-beat love letter to retro gaming."****Game Trailers - "Its definitely one of the more intense and cerebral zombie games out there"**-------------------------------------------------Organ Trail is a retro zombie survival game. Travel westward in a station wagon with 4 of your friends, scavenging for supplies and fending off the undead. Members of your party might die of dysentery or you might have to put them down yourself when they get bit. Faithfully recreated it as if it were on the Apple 2, Organ Trail offers amazing 16 color art and retro beeps and boops. Packed full of zombie mechanics, themes and references; this is a must have for any zombie survival fans.Created by a small indie team in Chicago, The Men Who Wear Many Hats are very excited to launch with this game as their first commercial product, funded by our Kickstarter fans.-Name your party after your friends and watch them die slowly-Hours of gameplay-Get dysentery and 9 other diseases-Scavenge for supplies while you fight back the undead-Manage your food, ammo, fuel, medkits and more in your struggle to survive-Put down infected party members who might turn on you-Stop at towns to trade, take jobs and fix your car-Car upgrades-Fight off bandits-Zombie boss fights-Choice driven encounters on the road-A weather system and day night cycle-Huge soundtrack and delicious Apple 2 pixel art-28 Achievements-Survivor leaderboards-400 community written tombstones 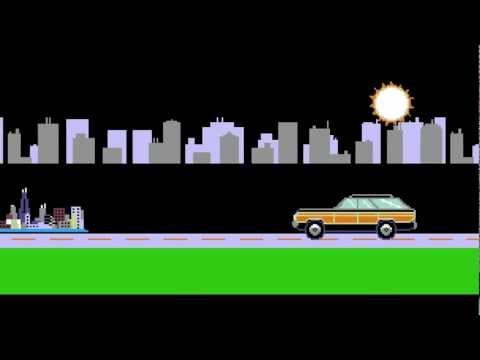 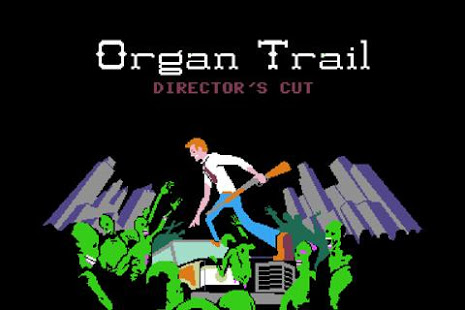 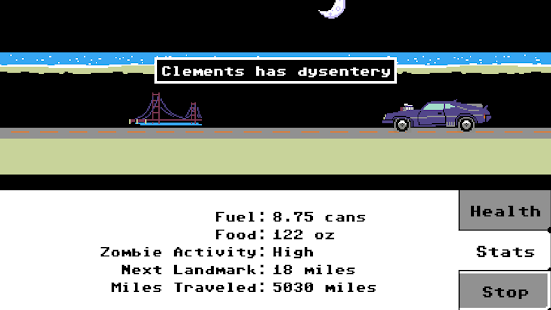 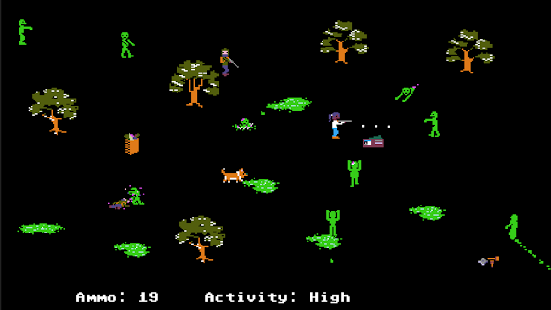