Sonic CD is an excellent iOS port of what's widely considered the best game in the Sonic the Hedgehog franchise, an ill-fated but critically acclaimed 1993 release for the Sega CD console.

Anyone who has even passing familiarity with video game history will know the Sonic schtick--speeding around, spinning and jumping, and collecting rings--and the coolest thing that sets Sonic CD apart from other Sonic titles is a time-traveling feature that essentially lets you experience three different versions of each level (past, present, and future). The game looks and feels like the original, with settings and unlockable extras that Sonic fans will love--like the ability to switch between the Japanese and U.S. soundtracks and the playable addition of Sonic's sidekick Tails (who wasn't even in the original) once you beat the game.

If you love Sonic games, Sonic CD is a must-download: to experience a piece of gaming history, to reward such a well-done port, and just to have fun with such a great-looking, fast-playing arcade game. If you find the iPhone or iPod Touch controls lacking, you'll probably find the iPad's wider virtual touch pad a bit easier to master.

From Sega: Sonic travels to the distant shores of Never Lake for the once-a-year appearance of Little Planet - a mysterious world where past, present, and future collide through the power of the Time Stones that lie hidden within it. Sonic arrives only to find the once beautiful world imprisoned beneath a twisted metallic shell. His arch-nemesis, Dr. Eggman, has come for the Time Stones and with them, will soon have the power to control time itself. In order to put an end to Dr. Eggman's nefarious schemes, Sonic must use the power of Little Planet to travel through time; breaking Dr. Eggman's hold over the future by destroying his machines in the past and recovering the missing Time Stones. Featuring Retina Display, achievements, leaderboards and both the US and Japanese soundtracks, experience the epic adventure through time that introduced the world to Amy Rose and Eggman's most evil creation, Metal Sonic. WHAT THE PREss ARE SAYING. CNET: "a perfect holiday iPhone/iPad game to discover". (9/10) IGN: "This is a great, fully featured port for iOS". (5/5) Touch Arcade: "Sonic CD is incredible". (4/4) Slide to play: "Sonic CD is a Must Have". (4.5/5) 148 Apps: "looks and runs perfectly". (9/10) Appgamer: "does the job in style". Classically Updated: Sonic CD has been restored to bring you a classic gaming experience with Retina Display support and gameplay optimized for iOS. Play On the Go. Collect GameCenter achievements and challenge your friends via online leaderboards. By Popular Demand: Sonic CD now features BOTH the US and Japanese soundtracks. Tails Joins the Fight. Available from your second playthrough onwards, save Little Planet as Sonic's high-flying companion, Miles "Tails" Prower. Privacy Policy: http://www.sega.com/mprivacy. Terms of Use: http://www.sega.com/terms. 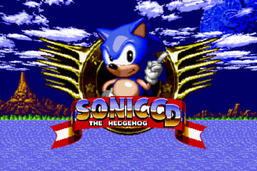