Fantasy XV: A New Empire is a mobile real-time strategy game, another addition to the Final Fantasy RPG franchise. Step into a world of magic, build your own kingdom, and become a hero of your own Final Fantasy XV adventure.

Variety of quests available: Complete different types of quests: empire, hero, guild, and VIP. Join guilds and fight against monsters and other players to gain experience and additional resources.

Pay to win: To win you have to spend real money in the game.

Costs too much: The gold packs and bundles are too exorbitantly priced.

Become a hero, complete different types of quests, and gather experience and resources to build your own empire. Fantasy XV: A New Empire has much to offer in terms of variety and things to do. However, be prepared to spend some real money if you want to win.

From Epic Action LLC: Be the hero of your own Final Fantasy XV adventure in the brand new mobile strategy game Final Fantasy XV: A New Empire. Build your own kingdom, discover powerful magic, and dominate the realm alongside all of your friends. Final Fantasy XV: A New Empire is a mobile adventure that lets you rewrite a favorite classic to fulfill your unique destiny. Journey through vast kingdoms, gather magical resources, and build the strongest Empire in Final Fantasy history. Fight fire with magic to defend friends and defeat foes alongside millions of players from around the world. Do you have the strength and strategy to control the Crystal and rule the Realm? Experience your very own epic FFXV adventure on your mobile phone. Jump into the action with Noctis, Cindy, and all of your favorite FF15 characters. Fight alongside friends and against foes in legendary battles against millions of players from around the world. Build up your large army and best strategy to win in real-time action-packed battles. Create the ultimate Guild or join up with already-powerful forces. Strategize with your guild to crush enemies and beasts in real-time battles. Compete for the Crystal against players from all over the world. Travel the Realms and collect rare resources to build an epic Empire. Become a legend by taking control of the Crystal and ruling the RealmAn epic world with no rules: only magic. Will your magic grow to stand the test of time or will your empire be defeated? Your legend starts now in the new MMORPG: Final Fantasy 15: A New Empire. 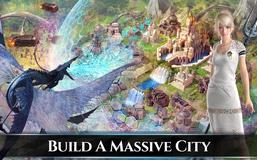 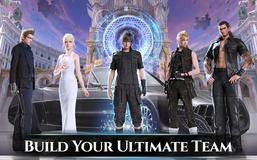 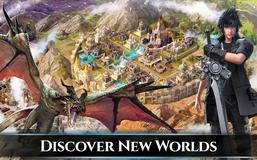 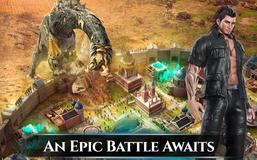