It is an amazing game and I love it but I can’t get past the levels that u need to pass to progress in the game I can’t kill the elephants and I can’t because they do so so so so so so so much damage and none of my cats can hit him/her except for my mythic titan cat but the elephant has so much health and titan cat doesn’t have an overly hard hit and the elephant kills them in around four hits to kill witch is good but again crappy damage vs. amazing damage and amazing health the that equals death and defeat also why in chapter three in the empire rises or something like that on I think Jamaica level TWO OP elephants! That is too stinking many elephants just all I’m asking is to nerf the elephant oh and plz while u umm maybe nerf that also the aliens moth is also op because I used wrath of god on him and It only did drumroll please 4% of his/her health and the alien hippo with it is just that means I’m going to die and I cant get xp because well I can’t complete any levels and if u think like stories of a legend levels or event levels or whatever the other ones are called I can complete some of them but they give you as much xp as gamatoto gives u every expedition he does with two lackeys and one silver helmet assistants and two white helmet assistants on dusty desert and at level 10 so yeah plz nerf them plz plz plz!

I’ve been playing for a year now and I’m only at chapter 6 which is half way and I’m not saying the challenge is bad I’m calling the challenge good you have to bad Cats in your loadout either upgrade or remove and to people that say you don’t get ubers so the rate of ubers should be raised your spending your cat food wrong “oh I have to buy Cat food “ no you don’t this game is actually one of the very few games that puts its gameplay before money it’s extremely easy to get Cat food something they flat out give you cat food so that issue out of the way once you got a tin of cat food you think your good right? No go the the rare cat capsule machine and use the starter sales they give you at the beginning get atleast 780 cat food it’ll take a long time but it’ll pay out now when I’m telling you to farm cat food still play the game enjoy it but use the 30 draw which is just on sale it’ll go back to a 150 draw then use the 750 draw NOW wait till a uber/epic fest or get a event with 100%chance of uber rare cats then boom boom boom your ubers or with you ( the chance of not getting it from uber/epic fest is possible but chances are raised so take ya chance

This game is extremely addictive. Once you start figuring out an effective battle strategy, you find yourself beating multiple levels and progressing rather quickly. However, no matter how addictive this game is, I feel like it still needs a few more aspects in order to make my review 5 stars. 1. For starters, I think there should be a stat bar for both the cats and the enemies fought. A few stats that could be included in this would be their attack power, the speed of attack, and you could still keep the type of attack and what type of enemy those attacks affect the most. 2. I also think there should be an easier way to get cat food because you get a tiny amount of cat food for doing long offers or for spending money. 3. I also think there should be a multiplayer mode where you can battle other players for prizes, based off of the power level of their cats. That way, players can get bragging rights and prizes when evenly matched with players that are around their level. Other than that, I wouldn’t change a thing about the game. I would definitely recommend playing this game because of the different attributes the game has to offer. 4/5 stars ?

From PONOS: Weirdly Cute Cats rampage across the world. Assist the Cats with extremely simple controls and a straight-forward system. No need to register to raise your own Battle Cat army. BATTLE WITH ALL THE CATS. Super Simple Battle System. Just tap on the... 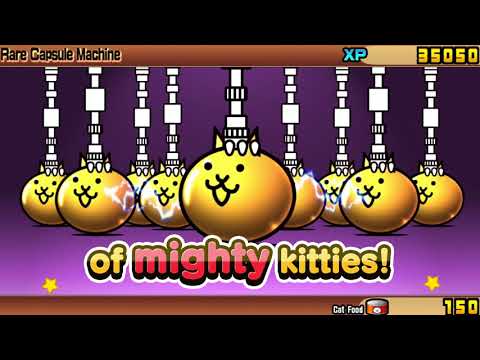 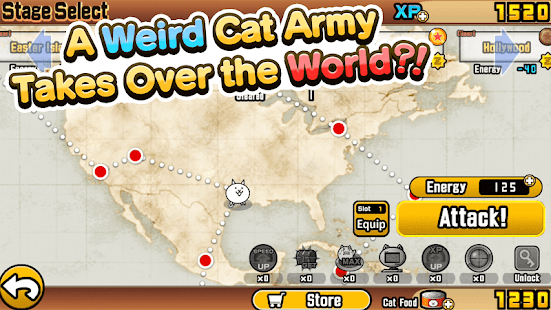 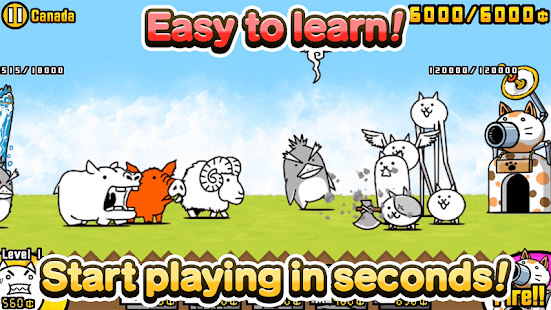 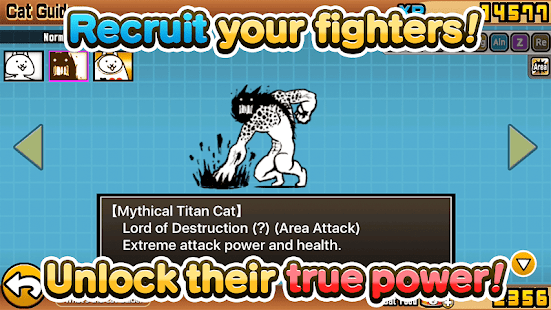