With season two of HBO's smash-hit Westworld almost upon us, you may be wondering about the best way to view the show. You have three basic options: Watch the cable channel, watch on the HBO Go companion app if you have the cable subscription, or subscribe to the HBO Now streaming service if you don't. If you're trying to cut the cord, HBO Now has a lot to offer, but there are a few caveats.

A huge and commercial-free library: HBO Now doesn't have every original show that the channel has aired -- earlier classics like Tales from the Crypt and Dream On are notably absent -- but it sure feels like it. Every show starting from The Sopranos appears to be in attendance, as well as all those trenchant and award-winning documentaries you told yourself you would watch someday. And of course, there's a vast and rotating library of feature films, some from the days of yore and others recently shown in theaters.

Varied and high-quality original content: At least since The Sopranos arrived in 1999, HBO has set a high bar for pretty much all of its original shows, miniseries, documentaries, and stand-up comedy specials. And the depictions and concepts have often been the kind that you still won't find on network TV. From gritty but naturalistic crime shows like The Wire to beguiling epics like Westworld, there is a common thread of authenticity, poignancy, and individual humanity that rejects formulas and stereotypes. As a result, anything generating buzz is probably worth checking out -- and HBO is rarely without buzz.

Easy casting to a TV: When we first started up the HBO Now app, it instantly detected a Google Chromecast on this same Wi-Fi network and offered to connect us to it. (The Chromecast is a small gadget that you plug into your TV or home theater receiver to stream services like HBO Now, Hulu, or Netflix from your mobile device to a nearby TV.) HBO Now also works with similar devices like the Amazon Fire TV, Apple TV, and Roku. If you don't have one of the many casting devices that HBO Now is compatible with, you can pick one up for less than $50. However, be aware that HBO doesn't offer any device bundles or rebates, unlike DirecTV Now or Sling TV.

Lacks good discovery tools: Three and a half years after its launch, HBO Now still puzzlingly trails the pack by a wide margin when it comes to surfacing good content and show info. Let's take the movie category, for example. There's a "Featured" page displaying recent arrivals, and a list of genres. But the Featured section has no apparent sorting, nor any sorting options. It's just a firehose of new arrivals. The genre sections at least sort alphabetically, but there are no other sorting options available. You can't arrange them by user ratings or critical consensus -- neither is even provided. And you can't sort by popularity or recency. Sci-fi is lumped in with horror, and fantasy is not represented.

When you find a show you want to watch, the description is on a separate tab from the episode list, requiring another tap to see what the show is actually about, but it's often a single sentence long. There are also no recommendations based on similarity to another show, or based on your past viewing history. And there's no list of cast or crew that you can tap on to see other things that they've done.

Given that HBO Now has a library going back decades, its lack of search functionality means that a large chunk of it will be difficult to dig up and parse in a meaningful way.

Video can't be downloaded for offline viewing: While Amazon and Netflix let you download many of their shows and movies onto your mobile device so that you can watch without worrying about your Internet connection, HBO Now does not extend this privilege, which puts a dent in its value as a mobile app. You can at least force it to check for a Wi-Fi connection and warn you if you're about to stream with your phone's LTE data instead, but overall, HBO Now's portability is as outdated as its discovery tools. The mobile app feels more like a complement to an at-home service, rather than standing on its own as an independent product, and that feels like a missed opportunity.

No 4K or HDR content: HBO is primarily a cable service, a land where 4K video is still emerging, so we don't expect every new show to come out in the fanciest form available. And 1080p scales fairly well on most 4K TVs. But with Netflix and Amazon offering 4K and HDR for an increasing amount of content (and for less money, with the option to download for offline viewing, with better search tools, and so forth...), HBO frequently reminds us that it's a relative newcomer to streaming, and it indicates little interest in leading the pack on technology like it does on its actual shows.

While HBO has some truly stellar content -- and its $15 price tag isn't as bad as it used to be, now that Netflix in 4K costs $14, and Hulu without commercials is $12 -- one can't escape the feeling that the company is relying on the quality of its shows to overcome the flaws of its distribution methods. If HBO wants to change our purported collective habit of subscribing for one month every year and bingeing as much as possible, it should probably give users more reason to stick around once we've viewed the final episode of the latest hot new show.

From HBO NOW: Get instant, unlimited access to all of HBO--no TV package required--with HBO NOW. Stream every season, every episode of HBO's unforgettable original series, including Game of Thrones, Last Week Tonight with John Oliver, True Detective, Ballers, Girls, Silicon Valley, Vinyl, Veep, The Wire and Sex and the City. You'll also get the latest hit movies, concert and comedy specials, groundbreaking documentaries and smart talk shows. Subscribe from your smart TV or mobile device (30-day free trial, then $14.99/month), then use your HBO NOW login to watch on any device, and on the web at HBONOW.com. 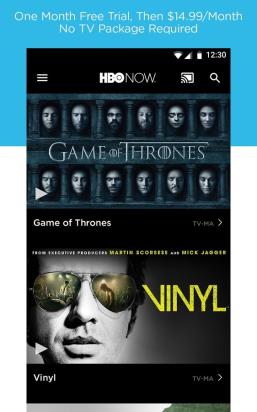 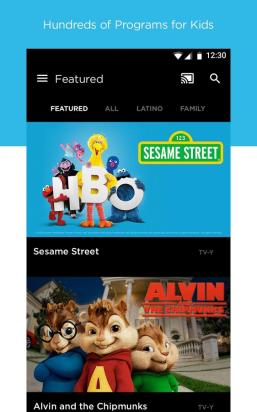 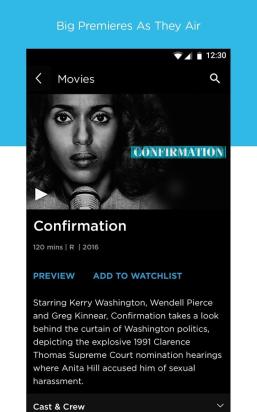