So i love this app and have been able to make some pretty great things with it but my only complaint (and this is a big one) is that all of the sounds are in the same category for the most part. They all sound generally like stuff you would use in techno music. It is very difficult to make a hard trap type beat with all of these up beat sounds. It makes it sound very immature and corny. Dont think its my fault because i use fl studio on my computer all the time and the amount of sounds you can buy/generate is awesome. There is always a way to get the specific sound you want but with garage band it feels like you are extremely confined. For example there isnt even 1 bass sound that is remotely close to sub bass. Its all super tight and there isnt any deep, good sounding bass. No matter how much you mix it you just cant get a good sound. I would like to see more dark, trap like sound packs in the future because i feel it would turn this app around. It would change the fact that people in the industry look down upon it and would please a huge fan base you probably didnt even know you had. Make the sounds more customizable and make purchasable sound packs that fit certain styles of music and just expand your reach out of just classic rock and techno. Create a platform that will please everyone instead of keeping it so conservative and limited. Thanks a lot and i hope to see change in the future.

I love this app as it’s one of the only things I use on my Phone but as a beginner music creator, I have some complaints about various things. First off, notes snapping to the grid when you want to record certain rhythms and beats. For example, if you want to make triplets or a shuffle beat, it changes it to a straight beat, and as a beginner, I don’t know the exact placing of a triplet and while I can create a shuffle beat by editing the track, it’s super discouraging to do so because there’s no real reason to have it as a forced option. Second thing, sounds like the Violin, French Horn, and Brass Section are terribly delayed to the full attack of the sound. So if you put a note on beat 1, the full attack of the sound is an eighth of a beat later, so in order to counter that, you have to move the track over, and move notes accordingly (if it’s in the very beginning of the song). I’m also upset that this app doesn’t have sounds like a Saxophone for jazz solos and whatever else or Marching Percussion instruments (Snare, Bass Drums, and Quads/Quints) to either create a matching piece or for a stylistic piece that uses Marching Percussion instruments as well as maybe some synths. Maybe this app isn’t amazing so you upgrade to Logic Pro on a Mac and maybe all of these problems have been solved there, but for 5$, this app is great. I would expect GarageBand to fix that first issue though.

From Apple: GarageBand turns your iPad, iPhone, and iPod touch into a collection of Touch Instruments and a full-featured recording studio -- so you can make music anywhere you go. And with Live Loops, it makes it easy for anyone to have fun creating music like a DJ, by triggering loops and audio effects in real time. Use Multi-Touch gestures to play keyboards, guitars, and drums. Enjoy Smart Instruments that make you sound like a pro -- even if you've never played a note before. Plug in a guitar or bass and play through classic amps and stompbox effects. Use a Touch Instrument, microphone, or a guitar and instantly record a performance with support for up of 32 tracks. Audio Unit Extensions in iOS 10 allow you to play, record and mix third-party instruments or effects right into GarageBand. And share your song using email, Facebook, YouTube, SoundCloud, or AirDrop for iOS. Live Loops. Make music like a DJ. Use Multi-Touch to tap and trigger a Live Loop cell or group of cells. Get started with templates like EDM, House and Hip Hop. Build your own grid using over 1, 200 Apple Loops in a variety of popular genres. Create loops by recording directly into a cell using any Touch Instrument, or live instruments like voice or guitar. Use Remix FX to perform DJ-style effects like filters, repeaters, and vinyl scratching. Tap record and capture your Live Loop performance. Drummer for iOS. Add a virtual session Drummer to your song who takes direction and plays realistic grooves. Choose from 9 acoustic or electronic drummers. Each Drummer character provides their own sound and the ability to create over a million realistic grooves and fills. Alchemy Synth. Play and record using the new Alchemy Touch Instrument with over 150 synth patches. Swipe on the Transform Pad to morph and tweak the sound of any patch. Play your iPad, iPhone, and iPod touch like a musical instrument. Play musical instruments on the innovative Multi-Touch keyboard. Capture any sound and apply studio-class effects like pitch correction, distortion and delay with the Audio Recorder. Recreate legendary guitar or bass rigs using virtual amps & stompboxes. Use the Sampler to create your own custom instrument. Use 3D Touch to play keyboard sounds with polyphonic aftertouch. Record performances from third-party music apps directly into GarageBand using Audio Unit Extensions. Sound like a virtuoso with Smart Instruments. Play an entire string orchestra using Smart Strings. Perform with Chord Strips and autoplay using any keyboard instrument. Groove with a variety of Smart Basses using upright, electric, and synth sounds. Strum chords or trigger autoplay patterns on an acoustic and electric Smart Guitar. Create a song anywhere you go. Record, arrange and mix your song with up to 32 tracks using Touch Instruments, audio recordings, and loops. Record multiple times over any song section and choose your favorite using Multi-Take Recording. Use new mixing effects, including Visual EQ, Bitcrusher, and Overdrive. Trim and place musical regions exactly where you want them to play. Automate the volume and record the movement of controls on Touch Instruments. Add comments or lyric ideas to your song with an integrated notepad. Share your songs. Keep your songs up to date across all devices using iCloud Drive. Create custom ringtones and alerts for your iPad, iPhone, or iPod touch. Share your songs using email or Facebook, YouTube, and SoundCloud. Remotely add new tracks to your Logic Pro X project from your iPhone or iPad via iCloud. The Alchemy synth is available on iPhone 6 or later, iPad Pro, iPad Air 2, and iPad mini 4. Requires compatible third-party Audio Unit Extensions apps from the App Store. Polyphonic aftertouch is available on iPhone 6s or later. 32 tracks is available on iPhone 5s or later, iPad Pro, iPad Air or later, and iPad mini 2 or later. Multitrack recording requires a compatible third-party audio interface. 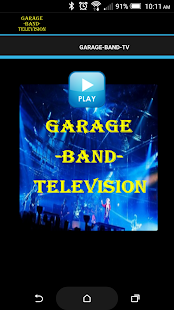 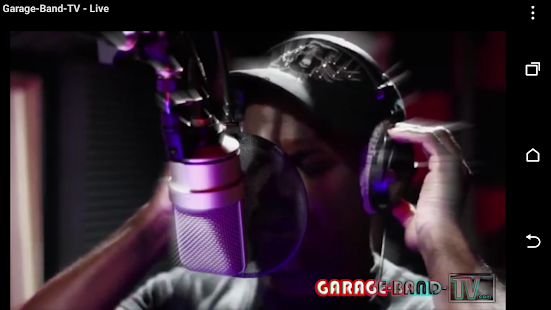