I’m an audiophile, put together high end vintage equipment home stereo and home theater and love live music and those long 7min+ songs that are your entire TRIP in the car, not those 3min 09 sec “radio edit” versions and appreciate and immediately recognize when it’s NOT a radio/studio version that has been beaten into my head with repetition and has different changes and musically unique versions instead and 9 out of 10 times I need Sound Hound to capture exactly what I’m hearing, even if Shazam will pick it up and give me the general album or song but not the “Live at Red Rocks” with some date, etc. I live for hearing new version of the same song even if I do sacrifice some fidelity in the process. More importantly I want to know where to find it again! I really am a “Shazam Guy” first, just it those instances I have to go searching for SoundHound in a race before for the app buried in my apps before the song ends! Help me out Shazam. Make it a one stop shop!

There have been songs that truly have been ingrained in my life since 91' where I never knew who the hell was the artist or song. On a tv show, a random commercial, etc. that have slipped through my fingers and traveled onward into the dark distance. I never caught the artist or the song. And I would sing these songs carving down the mountain or riding a wave internally for all this time.. When Shazam came out it literally changed my life on this earth. I finally have found what I have been searching for. You Shazam have found what I have been searching for. Now I use it anytime I feel moved in hearing a song at a store, a party, a commercial, a Movie. It has made me a better person. We are finally entering an age where the shadow of the sun is no longer. I beckon the suns musicals waves with the power of Shazam! Thank you my friend! You are a beautiful creation.

From Shazam Entertainment: Shazam Encore - the best of Shazam without the ads!Shazam is one of the worlds most popular apps, used by more than 100 million people each month to identify music, get song lyrics, and now to discover the music that artists discover themselves."Shazam is an app that feels like magic" --Techradar.comIdentify music instantly and share in the thrill of music discovery with the artists you love. See what top artists like Calvin Harris, Pitbull, Meghan Trainor, Avicii, Jason Derulo, Wiz Khalifa and others are Shazaming. New discoveries from artists youve Shazamed appear automatically Follow new artists with a tap of a button and see what those artists are Shazaming Stay up-to-date about new singles, albums, and videos from the artists you followKEY FEATURES Shazam TV shows to discover soundtracks, the cast, special offers and more Enjoy music lyrics and YouTube videos Preview songs with Apple Music and add them to Rdio and Spotify playlists * Launch Pandora radio based on artists you discover * With Auto Shazam we'll keep finding tunes for you even when you leave the appDISCOVER & BUY Stay in the loop with Shazams real time charts Quick links to Apple Music and the iTunes store Connect Rdio or Spotify to play full tracks in Shazam Check out recommended tracks to discover new music Find out whats popular in your town, your country and the world Start an Apple Music radio station based on tracks you've ShazamedCONNECT & SHARE See what your friends are Shazaming when you connect your Facebook account Share your discoveries through Facebook, Twitter, WhatsApp, Pinterest, Google+ and more...SHAZAM FROM YOUR WATCH Launch Shazam on your Apple Watch for the artist, song, and lyrics that unfold with the music See your past Shazams at a glance with a simple swipe up Use Handoff on Apple Watch and iPhone to buy the song on iTunes, watch videos, and much more Turn on Auto Shazam and well keep finding tunes for youMORE THAN MEETS THE EYE Shazam visual recognition gets you more - tap the camera icon to Shazam posters, magazines or books; anywhere where you see the Shazam camera logo Visual recognition also works as a QR code reader Buy tickets to see your favorite artists in concertUse Shazam as much as you like its unlimitedOTHER INFO Previewing and buying music requires the iTunes music store in your country Continued use of GPS running in the background can dramatically decrease battery life Facebook uses interest based advertising. More details: https://m.facebook.com/ads/ad_choices Some features are location, device and app version dependentAny questions or feedback? Check out: https://support.shazam.com 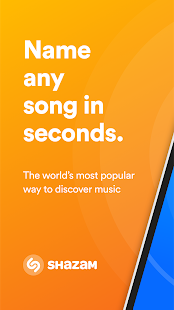 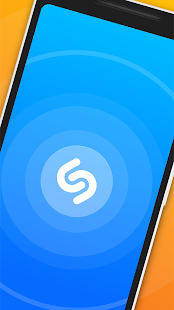 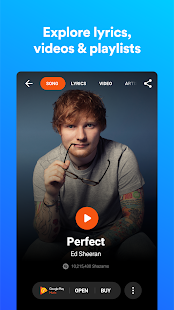 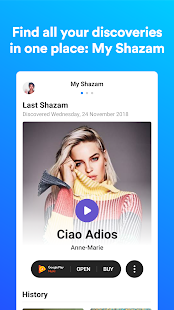