This is by far my most used app. Every photo I edit on my phone and iPad goes through this app. So far, I’ve applauded every update as making a nearly perfect app even closer to perfect as one could hope for. I don’t want that to change, but if the crashing doesn’t get fixed, that changes everything. This is the first time I’ve ever had to deal with this issue in Snapseed. Honestly, I don’t think this app even crashed once until the last major update (custom saved edits), which I use often. I realize that the broad abilities of this app make it, by necessity, resource intensive. I just hope that the crashes don’t become the norm because I’d rather NOT have all the cool new features if I can’t count on the app to be reliable and consistent. I just wasted another 30 minutes of my life because Snapseed crashed again. I don’t want to start having to question this app’s reliability, but trusting in this app not to crash in the middle of a project is becoming more difficult do.Google’s apparent interest overall in customer feedback has been spotty at best in the past, but I REALLY hope that the powers that be will take the time to address this potential deal-breaker of an issue. I would hate for these crashes to outweigh this awesome app’s usefulness! Please fix this!My iOS is current and I’m on the iPad Pro and iPhone X (both devices have suffered the same issue several times recently).

I really love using this app to edit all my photos. I’m rating 4 stars, to possibly grab your attention on a few new suggestions to add into the apps editing features. First, I think adding a free form focus area in the Lens Blur instead of shapes would be AMAZING. Along with that adding the ability to not just have one focal point, but multiple focal pints, while still being able to blur out the background or things the editor doesn’t want the photo to focus on. Another new feature you should add to this app should be to have a onscreen convenient undo/redo buttons while using any tool in the app; that way the editor won’t have to continuously click in and out of the tool in order to make an alter to an edit or to fix a mistake. I realize there’s an erasing tool, but when you have much to edit and a list of other photos you plan to edit as well, it is time consuming; not to mention that many people using there fingers to edit will likely cause a mistake to worsen by using the eraser tool, which is well - another negative. - Anyways I really do hope someone who can add these two features read my review, and will actually consider adding these two features. I guarantee it will make many people happy. -Overall though, this photo editing app is AMAZING and I highly recommend using it!!!

This is one of a very select number of apps that appear on my coveted front page. Its ability to smartly select areas for selective retouching is uncannily accurate; its Structure feature beats anything Photoshop can do; and its Ambience tool provides a wonderful combination of brightness, shadow opening, warmth, and even incredible highlight protection all at once. On top of that are regularly-introduced enhancements like the Curves tool, and the incredible White Balance tool which allows you to see your eyedropper effect in real time as you drag it around your image – a huge advantage I have not seen in any other mobile app or even desktop program. On top of all of this, there are other miraculous effects that seem to be added every other week that are too numerous to delineate here but are absolutely worth exploring. My only two wishes are that 1) a clone tool be added; and 2) there were even more options in the Selective and Brush Tools. Still, I recommend this app without reservation.

From Nik Software: No creative or editing limits. No bloated feature sets. Snapseed is it. Exactly what you need, right on the desktop, making photo editing as fun as photo taking. If you've used our mobile application, you know what we're talking about. Sophisticated photo editing effects that are simple and totally optimized for the desktop. If you're just getting started, head over to Learn or take a scroll here to see what's possible. Right now. With just a couple of clicks. 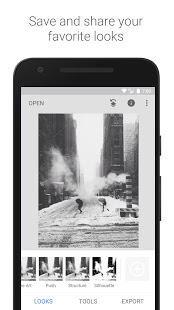 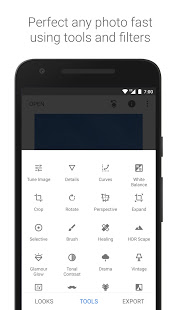 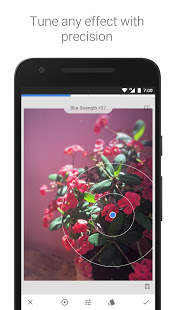 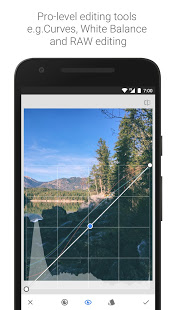