While it’s my natural instinct to be leery of trusting a company that proports itself to be altruistic in its relation with its clients; it remains hard to fault the company when it comes to their free line of productivity tools. Sheets is still the “poor-man’s” Excel. It has a much leaner featureset, a simplified interface, and some annoyingly useful widgets and extensions. Basically, it’s Excel for people who normally use Excel. People who are savvy enough to even know about Excel, tend to use it as a basic way of displaying and organizing data in tables, with some simple arithmetic formulas between cells. The really nitty-gritty features that make Excel so powerful are used by a tiny of fraction of people who are, themselves, a tiny fraction of the general, computer-using public. You can still make a good household budget with automated cells or a business proposal with some formula-based forecasting. If you are mad that can’t use seudo-SQL functions and set up batch processes for huge datasets, you’re probably looking at the wrong, free app.

For a mobile app it works ok. A lot more functional on my computer and iPad than my iPhone X. As powerful as my cell phone is, I expect a bit more. Make all the functions available. I use this primarily for my monthly budget and it is difficult to change the functions of a box when all you can do it add numbers and not enter more complex calculations for each box. That is my only complaint besides the usual crashing and instability issues. It could flow a little easier and have the calculations as a ready part of setting up the spreadsheet instead of reinventing the wheel so to speak. Make it intuitive so people with out an mba can manage their budget by setting this up for themselves. I have done this for many people and my hope is that they follow through with it, but if I’m having a difficult time, I imagine others that just use my template, probably just give up if they can’t make easy changes with the mobile version because it never dawns on them to go back to the computer to make them.

I used to live everything about Google. Now, because of the way you hey are treating people on the political spectrum, I don’t trust them. It’s hard to beat “free” and that’s how the snare is, but it does have some cool features. If u know how to use JavaScript, it will allow u to create some pretty good sheets. Like I said, just know that they capture all of your data and pray they don’t abuse it too much. I do find it a bit slow when I am trying to update a sheet from my iPhone when it’s an auto fill cell. For example, I have a cell with a drop down and one of the choices in the drop down is “yes” and after choosing it, it is supposed to fill the next cell with the time & date, and it does but it can take up to 30 seconds. You are wondering if it is working on it or not until it finally populates the cell. Some of that could be on the iPhone update but I think that it was happening before the iPhone update as well.

From Google: Google Sheets makes your data pop with colorful charts and graphs. Built-in formulas, pivot tables and conditional formatting options save time and simplify common spreadsheet tasks. All for free. Choose from a wide variety of budgets, schedules, and other pre-made spreadsheets -- all designed to make your work that much better, and your life that much easier. Access, create, and edit your spreadsheets wherever you go -- from your phone, tablet, or computer -- even when there's no connection. Works with Excel -- Open, edit, and save Microsoft Excel files with the Chrome extension or app. Convert Excel files to Google Sheets and vice versa. 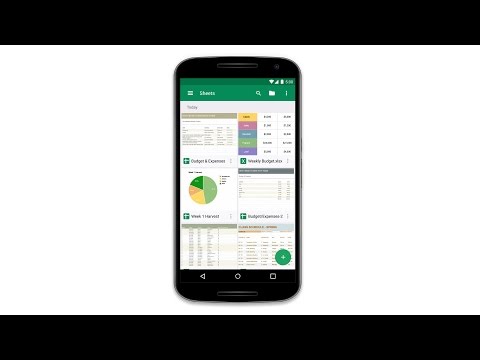 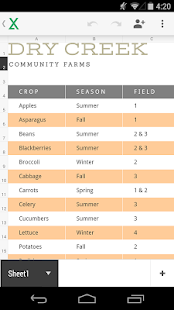 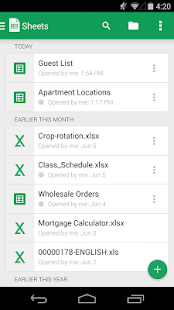 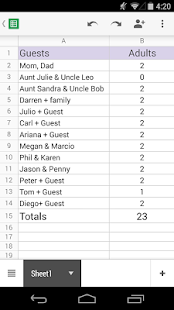