After having 6 service calls and 17 total techinician calls due to never even getting half what I was paying for with the 300mbps extreme package. Spoke to kind lady at spectrum and said give me 24 hours to fix this and call you. With in. I'd say 14 hours she called and told me that they would guarantee (although) not advertised yet I believe but maybe. And a specialist come over we would be on there her brand-new internet which has capacity of 24 bandwidth with an impressive upstreaming. I'm not tech savvy but I've learned that more lanes of traffic you're internet has to take up the less congested if ever it were. Not any other cable provider officers this yet. So the techinician that came really knew his game. He shut off my router portion off the UBBEE while leaving on the modem which delivers 17 lanes but still. I put in a "Nighthawk AC1900 c700 smart wifi router. Grant it I wish I knew the gentleman s name,So he would come back and educate me on the router settings because the app version is not not imformited on how to tune it. Back to spectrum!!!! He was awesome. We now get speeds of over 315 on iPhones and hardwired almost 400!!! Amazing new Internet Spectrum let's keep seeing new things the other dontbhabea!!!!!

I was having an issue a couple weeks ago with a slow connection. Once I restarted my modem, I was surprised to have quite a faster connection. I live in a multi-unit building and am on my laptop and phone quite a bit, while having my tv on to keep up with the news. The improvement in speed make me much more confident in the ability to work from home without the previous extremely annoying intermittent connection problems!

From Time Warner Cable: The free TWC WiFi Finder app makes it easy to locate and connect to the nationwide TWC WiFi network so you can get fast, reliable Internet on-the-go. Access is FREE for subscribers of TWC Standard or Extreme Internet or above and Business Class Internet customers. Not a customer? No worries. Free Trial and Access Pass options are also available. Look for our network of over 400, 000 hotspots nationwide. For details on the latest locations, refer to the coverage map at: http:// www.twc.com/wificoverage. Features of WiFi Finder include: Save your TWC ID and Password to auto-connect to our most secure network, TWCWiFi-Passpoint. Roam securely on partners' networks available in major airports and around Florida. Auto-connect to CableWiFi hotspots. Search for hotspots even when you are not connected to the Internet. View your monthly TWC WiFi usage and estimated savings on cellular data costs. Request new TWC WiFi Hotspots. 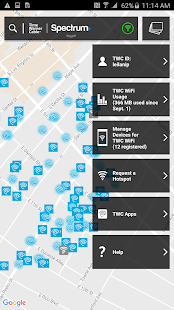 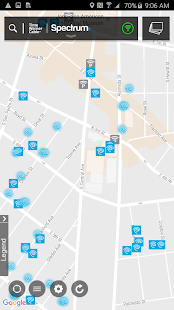 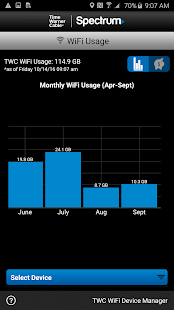 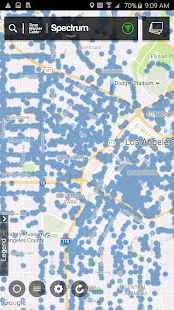