The iPhone and this app would be better off if Apple would allow it to show more info in the top drop down menu, or show up on the lock screen. The best parts that made the Windows Phone so spectacular at scheduling, automating, and communication are lacking in iPhone. This could help with that. Overall this app helps bring you a little office365 windows comfort to your iPhone. That is great! If only it made the audio sound as good as the Windows Lumia 950. It does not have Cortana news like Windows did either. You will need to get used to swiping open the left lock screen to review Cortana info.

As someone who uses a Windows 10 phone, a Surface Pro 3, and a Windows 10 laptop, I love that Microsoft has taken the road less traveled and given other platforms access to some of its popular software (still waiting for Google and Apple to do that). This Cortana app, along with Office, OneDrive, Xbox, Groove, Skype, etc. allow me to more or less avoid using the built-in iOS applications, giving my iPad another shot at being useful in some way. Of course, the nature of iOS keeps Cortana from being as integrated as it is on Windows, but it's still a lot better than Siri. A lot, LOT better than Siri.

If you use Windows 10, particularly mobile then you already know and are comfortable with Cortana and most likely love her. This app provides the familiar experience, information and services. Unfortunately, since it is unable to integrate fully with iOS and usurp Siri the app lacks a little compared to what you may be accustomed to. This isn't a Cortana issue, but a Siri issue. Hopefully, Microsoft will bring us a mobile Windows 10 device with telephony soon. Or maybe Apple might realize that they don't have the AI thing right. But until now this is adequate when you must leave your PC.

From Microsoft: Cortana is your truly personal digital assistant. Cortana is designed to help you get things done. Ready on day one to provide answers and complete basic tasks, Cortana learns over time to become more useful every day. Count on Cortana to stay on top of reminders and work across your devices. Wherever you go, Cortana will follow. Because life isn't limited to one device, neither is she. Set a reminder on your PC and have it pop up on your phone, or home speaker and vice versa. 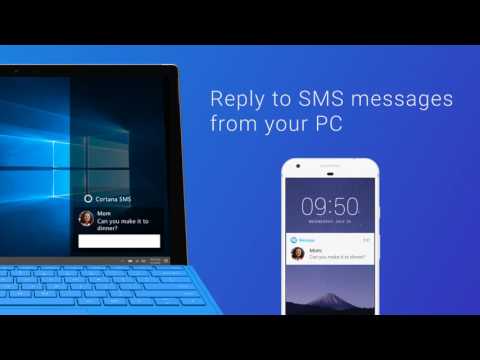 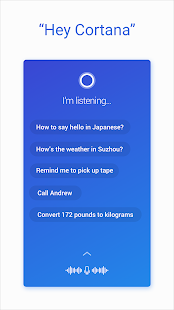 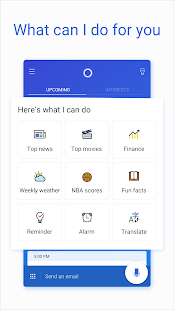 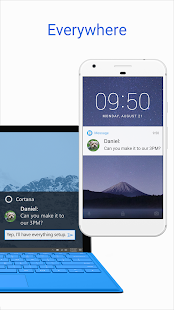