There is no way to put how amazing it is. You get to vote on cards, make your own, gain followers, and so much more. It is just so addictive with the new posts everyday and the fact that you can make as much as you want and get a while bunch of followers makes it never ending, which is a huge reason on why it is so addictive. This game deserves five stars and nothing lower. Sometimes there can be in appropriate posts but you can always block or report the post, and you don’t have to vote on it. Also, hopefully your maturity level can just ignore it and not make a big deal out of it. Just report it and move on. All in all, I definitely recommend this game and it deserves to be praised!! ???????????. I would like to say to sugar plum life that your review gave me the creeps! That had to be a hacker, it has to be. I don’t know how he or she did it but I would have deleted it too. But I can tell you it’s not the games fault.

Ok so, I just came to the App Store to get this app on my iPhone. But I have it on iPad, so I’ll give you the review. Yes, there could be some lewd things if people decide to post it, but over all it’s a great app. In every amazing app though, there’s room for improvement. It’s a great app, so there’s only one thing. Could you please remove thing where you need Snapchat or SM (social media) to get featured? I really never see myself up there! (Or my friends.) Also. Could you add, like clubs? Like for example, A group of people who like voting on which food they like the best and they don’t like to vote on... let’s say, clothes. And you can leave and rejoin clubs. You can also create clubs as well. Overall it’s a extremely great app. I would never delete this app, please get it! If I could give it more than 5 stars, I would! I’d give it like infinite stars. I would like it if the developers gave me their thoughts on this. Thank you for your time!

It’s an amazing app! I love using it! There is some inappropriate stuff but it’s usually on people’s accounts and is not featured. In all my time being on Wishbone I have met many many great people and have made countless friends?, it feels like I have a second family! There are some bullies I have encountered thou. And sometimes I stay up late using it. I’m not saying that it’s the Apps fault what I’m trying to say is if you want to join Wishbone (This only counts if your like me)be ready to have the urge to want to use it a lot.Also I can talk to my friends about things that I’m having problems with and they help me feel better or give me advice. Wishbone also allows me to RP which I love to do.All and all It’s an amazing app and I hope if your reading this that you join the Wishbone comunity!?

From Sway Network: Wishbone is your go-to for comparing anything your heart desires. Wishbone covers everything from fashion, celebrities, humor, music and pretty much anything you can think about. Join your friends and popular celebrities by voting on the Daily and Nightly Dozen that's refreshed every day. Here's how it works: You get a series of 14 pop culture-based questions with two distinct choices twice a day, you pick a side, then see how your friends voted right after. It's a quick fun way to learn about what's hot and what's not. But wait, there's more. You can also vote on cards in the Community Feed where we feature some of the best Wishbones created by YOU. The feed gets updated 7 times a day, so be sure to check back often. P. S. Don't forget to follow all your favorite people. Just check out the "Friends" tab, start following, comparing and having fun. 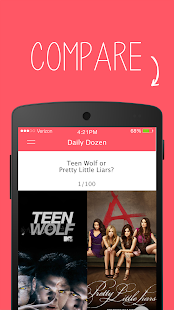 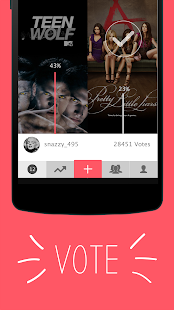 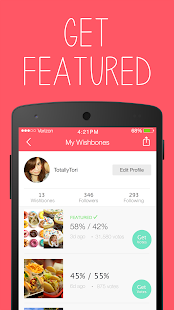 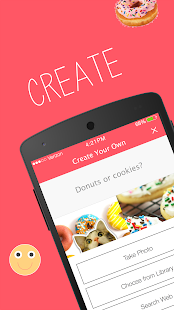