I paid for an add free version. With the last update I seem to have adds now. The adds are very bright and has made this app unusable.Update to rating: I previously gave a one star rating (complaint above). However, the developer responded directly that it was an error and they had another update that would fix it. The update solved the problem. I paid $2.00 for this app, which is nothing and it has worked well for several years. Even though my $2.00 was long gone, the developer stood behind it, took time to contact me and solved the problem. I have a lot of respect for that, and understand how damaging one customers rating can be these days. Us consumers are quick to get negative and forget there are hard working people behind so many of these products.

From Photon Technologies: Music AlarmClock is a free alarm clock that will play MP3's and other supported media types for when you need to awake in the morning. You can always let the Music AlarmClock wake you up with its default alarm. Version 2.1.0 contains the following features: shuffle play list; repeating play list; *.m3u compatibility; play list that is always saved; alarm list that is always saved; customize your alarms to be played once, every day, specific date, or on specific days of the week; enhanced interface with user defined colors and transparency; ability to minimize to the system tray, so you can save on desktop space; fade-in alarm music, so that you're saved the unexpected jolt in the morning; and a five minute snooze button. 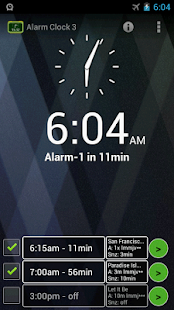 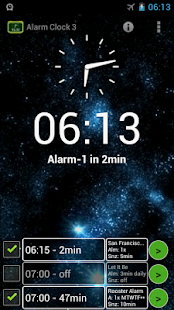 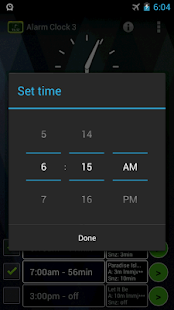 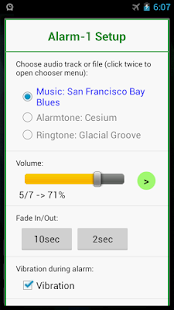