Soundcloud used to be my very favorite application on my phone and the very best music streamer. At least for a while until just like every other day I hop on soundcloud to listen to my 500+ liked tracks and what do I see? 47 liked tracks and I don’t even know where to start to get all my music back. I didn’t mind the occasional advertisement every now and then because how else did I expect my favorite to make money? But now I can’t find any of my favorited tracks almost all of them I don’t remember the name to because it was all on the liked track playlist that was so simple to play and I would just have it on shuffle play and I would be done, no reason to bother the speaker or my phone because I had it playing on its own. My profile is HoverbootsReckage or something like that and I will not take this one star off until my music is restored back to its original order and place. I have been a user since 2014 and I have watched Soundcloud develop and evolve, I am a very happy and proud customer and I have just recently decided to make a subscription for SoundCloud Go+ and this is what happens on the day I decide to make my decision. I am very unhappy with this and this has happened times before but with 1 or 2 songs at a time. Not with 500+.Edit: they are slowly being restored back to their order. Other than that SOUNDCLOUD IS GREAT. 5 Stars.

Soundcloud used to be my all time favorite app. I was able to listen to my music and find new music based on what I had already liked. It was perfect. I pay for SoundCloud go+ because I wanted the ability to save my playlists offline and listen wherever I go. And for a long time it worked flawlessly. My music was always there and it was just perfect. But recently I’ve noticed that my playlists will occasionally removed themselves from being saved offline which is frustrating because I’m then unable to listen to my music on my ride to work without using data. Also recently the app has been crashing very frequently. If I’m driving and listening to my playlist, it will just crash right in the middle of a song and the app will close itself. This is also very frustrating because I can’t very easily open my phone to start playing my playlist again while going 60mph down the highway. This app used to be perfect and used to work flawlessly. I dont know what happened. I would really appreciate any type of fix to these issues because I do not want to switch to another music app. However if these issues don’t get solved I may have to.Edit: I deleted and reinstalled the app and so far everything is working as intended. Apart from that period of inconvenience this is an amazing music app. 5 stars for sure.

So I’ve been using this app for the past 3 years and it has been amazing, but somethings I would wish could change as well as some issues I’ve ran into. The first thing is the UI, if I type in a song and I spell it wrong I wish it could put up something close to that and not say “ No Results”. Second thing is that I wish when you went into your saved playlist that you would start at the bottom or the newest song and not the top, but those I can live with so I own an IPhone X, I’m not showing off or anything but this thing has amazing speakers and for some reason when I play a song it crackles and pops which is soooo annoying, I’m an audio geek and I can not listen to a song when it cracks and pops it’s just infuriating. And the last thing is something that I’ve wanted for so long is to be able to post songs from your phone because not all of us own computers, and or laptops but the option to be able to post songs from your phone would be awesome. I hope you bring these ideas in consideration and hopefully are able to fix that bug but anyways I love this app and this is the only way to listen to songs that are posted by non singers or artists.

From Convert Audio Free: All those music lovers would know that SoundCloud is an audio app that allows them to listen to any tracts, create your own music and share it with those are active on this community. It is the Free SoundCloud Player that makes it possible for anyone to download music of their choice from the website without any issues. The Player is quite useful and simple to run. There are a number of functions available with this free program and here are some of them. There are no restrictions to the tracks which the user needs to download. Whatever is present on SoundCloud, can be effectively selected. It just takes a single click for getting the Free SoundCloud Player to start its work. The users can even record their own voices, audio files, and upload them on the website. This can be shared with the community so that other people are also able to play your music. You can create your own set of 'followers' in the website. The Free SoundCloud Player enables the user to compile a playlist containing music of his or her choice. Since this website is said to contain the best audio files of all, it is a very powerful tool that can be used for free. Another feature of this app is that it allows download of any audio files, even if the download button is not present for the same. All the user needs to do is to input the URL of the audio file and start listening to the music at once. It even allows several URLs to be downloaded at one go. This Free SoundCloud Player then saves the downloaded files in the MP3 format, which is the most popular one for audio. It saves time and is a powerful app. 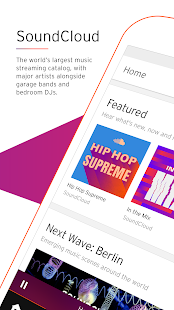 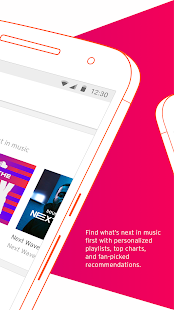 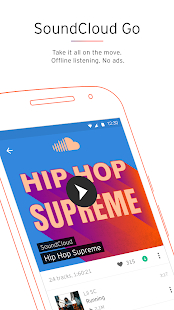 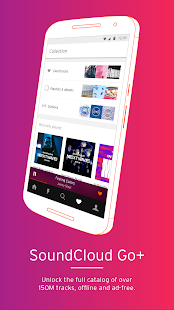