Google – Search made just for mobile

Over the years, we’ve all heard someone say, “how did we survive before cellphones were invented”? Standard, cocky, replies (mainly from the older generation) included, “ we had phone booths, pay phones, cordless and wall phones, or for anyone over the age of 50, street lights, no calls necessary, when they came on, you went home! As you may have guessed, I AM over the age of fifty, and I now find myself asking, “how did I ever survive childhood, school, marriage, parenting, grandparenting, and life in general without GOOGLE?” Well, like the older generation I mentioned earlier, I have several obvious, cocky, replies, note to self. Dictionaries, encyclopedias, school, and self described, knowledgeable people. With that being said, I, am at the starting line, wearing my knee socks and Keds, trying to shake the lyrics, I’ll Be There, by The Jackson Five from my brain, able but not willing, to join team AARP, a.k.a, the older generation. Which, finally brings me to the point! Screw the dictionaries and encyclopedias, I’m getting too old to read that fine print, GOOGLE enlarges! I won’t go back to school, I hate all the clicks, just one tap on GOOGLE and I’m in! Last but not least, I just don’t have the time like I used to,(I’m old as dirt) to listen to all that useless “knowledge”, thanks to GOOGLE, mute is only a push away! I hope this review was helpful!P.S. GOOGLE, is there a senior citizen discount for the Lollapalooza festival?

I have been using google since before its release, when I was going to school in Las Vegas (elementary) we had a field trip in which the university essentially used us as Guinnea pigs for the brand new search engine. I was hooked. Fast forward to 2017 and I feel like google IS the establishment now, not a cool meme for millennials to access information or “google”. I swear my search results are TOO politically correct, when I type in a very specific view point to look for articles that I WANT to read google will instead offer me articles from liberal sources like msn and nyt which is very suspect. So I started blocking those sites on my app, a cool feature but it just refers me to more garbage. If for example I want to read reports that are contradictory to mainstream opinion I will instead get reports that ARE mainstream opinion and that infuriated me. I want to be challenged not spoon fed information. I want to search the darkest corners of the web for my research, and I can’t do that with google. Google is only handy for my college projects at this point which is ironic because they tell us specifically not to use google. Maybe I should listen and try an underground search engine. It’s great for finding the nearest Pizza Hut though then again, I also have an app to save contacts, so google only really has one temporary usage for me, to search for numbers. Not good

I think it takes a force like Google to transform our quality (earthlings) of lifefor the benefit of its constituency (you know who you are, constituency.. in any way at a level of such magnitude. Having said that, it has taken the loyalty of the masses to propelGOOGLE’S meteoric rise thus far. Loyalty goes both ways. And big data is an entity unto itself answerable to itself, and cannot be trusted blindly. But it’s rarely all or nothing, and there is tangible evidence that Google is a force for good as far as the eye can see. But sometimes we are shown only what we want to reveal. Light has already destroyedthe destructive endgame of the darkness I equate with evil. I’m glad I’m not a professional journalist, because we are all prone to error at times, and I would not want to let my fear of retaliation slow me down, and I have no need to prove the truth, however It may present itself. The truth needs no Defense. A new heavens and new earth. Time to shift our focus and let go of our differences and make a difference in someone else’s life besides our own self interest driving us. Every tree shall be known by its fruit.. so far as I can see, Google is effecting positive change in all of our lives either directly or indirectly. So far so good, Google..Robert TooleyJan 1st 2018

From Google: The Google app keeps you in the know about the things you care about. Find quick answers, explore your interests, and get a feed of updates on what matters to you. The more you use the Google app, the better it gets. Talk instead of type: Say "Ok Google" then ask a question. Google will speak the answer aloud. Ask Google to help you do things: "What are good restaurants nearby?". "Where is my package?". Personalize your feed and get notifications: Start your morning with weather, news & traffic. Get updates on sports, movies & events. More about the Google app: http://www.google.com/search/about. requires iPhone 4s or later.

Google – Search made just for mobile 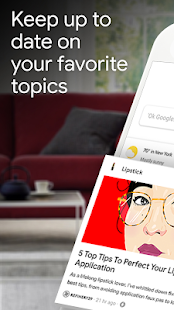 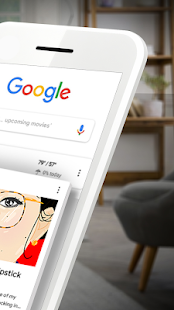 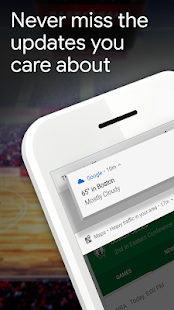 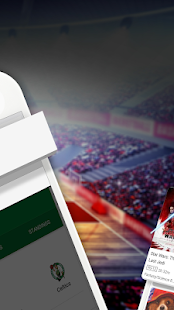