Been LOVING this app for a long time until the latest update. i don't understand the logic of the new format at all! Before you could see dozens of songs on the home screen, lots of categories to explore-- artists, genres, recently played, etc., four or more playlists in each section and you could clearly see which song it was going to start on. Now there are weird new categories that don't show actual songs in the thumbnails, and the thumbnails are so huge you can only see two items in each category without scrolling sideways and and you can only see two categories at a time without scrolling down. it's so clunky and clogged up it's impossible to just glance through and find a song that looks good. it has become a far less enjoyable experience, basically if you want to listen to a specific song now you can forget about easily finding it on your home screen. you're just going to have to search it which kind of defeats the whole point in my opinion. and looking for new stuff has just become a crap shoot. if you're thinking about getting this app i'd wait a while for the next update, cause right now it kind of blows.

Let me start by saying two things.1) I've been a YT Red subscriber for so many months that I've lost count. A lot of what people are complaining about on here can be summed up as "I want the features of the paid service without having to pay for it." I'll just leave that as is.2) Before this recent issue I was greatly enjoying the service and would say it was a 5 ⭐️ app. This one issue, though, has literally changed the way I am able to use the app.My issue is a UI issue.As long as I've been a subscriber (until recently) the controls on the app worked in a specific way. You click a song, the song pops up and starts playing, the playlist is generated, and the controls (play, pause, forward, back, like, dislike etc.) were always at the bottom of the screen. It didn't matter if you had made the single song's album/video as the whole screen, or if you had the playlist up. Now, though, if you have the playlist up you lose all controls. It's just aggravating more than anything. Click song, song pops up in full screen with controls, click on list and lose controls, and then you have to click on the song (or up arrow) in order to get your controls back. I can't understand the logic of forcing that extra step every single time you just want to see your playlist.Maybe it's just me and everyone that I know that hates this change, but I find that hard to believe.

I love the app and I don't know if there's a way to change this certain thing and I haven't noticed because I overlooked it, but I have one suggestionWhen I add a song to a playlist it doesn't add it to the top but adds it to the bottom and I was wondering if you could change that so I don't have to scroll all the way down to see if I actually added the song? Maybe you could make it so that there's more options on editing a playlist instead of just being able to move the songs around and deleting them because it's such a bore when I have to do it again and again. It helps when I see the new song I put on the playlist is on the 'cover' for it to know I actually put it in the right one. All in all I do love the app, that's my only request. Keep doing what you do (which is great stuff) and thanks for reading my suggestion, have a nice day •-•

From Google: YouTube Music lets you watch and listen to a nearly endless catalog in an app designed for music discovery. Just tap a track you love, and see where your music takes you. With the YouTube Music app you can enjoy your favorite tracks, albums, and artists for free. Or you can use it with the new YouTube Red membership to get ad-free videos and listen to music offline, in the background, or without loading video. When you sign in to the YouTube Music app, you'll be automatically enrolled in a free 14-day trial of YouTube Red. 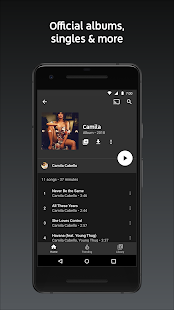 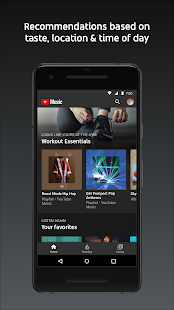 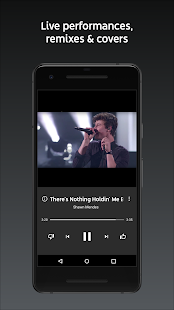 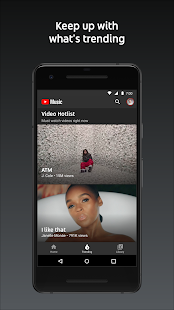