I have a pair of the UE Boom speakers and love them. They are water resistant (I take one in the bathroom while I shave or shower). They also have a standard tripod thread input on the bottom so you can mount them on an inexpensive point and shoot tripod. There is never any guessing about battery charge; just press the up and down volume buttons simultaneously and a verbal response tells you the exact charge level. These are Bluetooth speakers (not Airplay) but with the UE boom APP you have the ability to use two speakers; both stereo or one as left channel and one as right channel. Amazing! And I forgot to mention the these jewel have a 15 hour battery for all day fun. They are cylindrical in shape and put out music 360 degrees. The come in a variety of colors to match your taste. They feel solid when you hold them. You know that the build quality is good. Try them out. You will not be disappointed

My UE Boom 2 is connected to my phone and I would be playing music but when I access the app it says "Let's hook up" even tho I am already connected and there is no other option to access or look for my boom 2. I can sometimes turn my UE Boom 2 with the UE Boom app but when I reopen the app the same problem as the I stated occurs with no solution in sight (on the app users side). Regardless of the lack of connectivity/communication between the app and speaker , the speaker is remarkable great sound , amazing all around there is some static sound when the volume is all the way which can distort the music but lowering the volume a few notches rids it of the static noise. In conclusion I'm giving it 5 stars due to the speaker quality but it'll be a strong 3 and weak 4 stars for the app unless the connection is solved for a more efficient use of both the app and speakers.

From Logitech Europe S.A.: You'd never walk all the way to your TV to turn it on and you shouldn't have to with your wireless speaker either. Use the UE BOOM app to control the party from afar and to unlock an expanding set of awesome features like our musical alarm, customizable 5-band EQ and more. CompatibilityOne app works with your UE BOOM and your UE BOOM 2UE BOOM app's cool features include: Double Up - Wirelessly Double Up with a second UE BOOM, UE BOOM 2, UE ROLL or UE MEGABOOM and take your party to 11. Remote Control - Use the app as a remote control to power your UE BOOM on or off from afar. Alarm - Start last night's party all over again. UE BOOM/UE BOOM 2 wakes you up with your favorite songs, Spotify playlists, Pandora stations and more. Because the party never actually stops-you just pass out. Continuous Updates - Wirelessly update your UE BOOM/UE BOOM 2 to get all the latest ear-blowing features. Other cool features - Personalize your UE BOOM/UE BOOM 2's name, EQ settings, language, and more through the app. 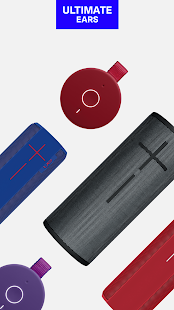 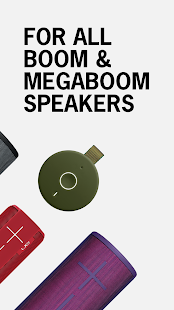 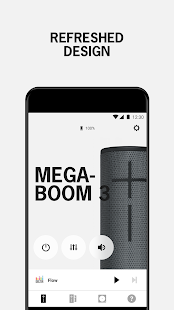 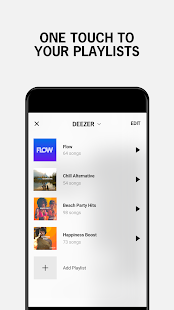