One wouldn't think that a recorder should be anything but easy to use, however there are a few that I've tried that are not so user friendly. This one is! Click the microphone, hit the start button, and you're recording. Each recording is placed in its own file. What I think is so efficient is that I can make several separate recordings one after the other. They remain separate until I back out of the app, at which point they all become one file. I like that because, for example, I have one long recording, during which, I had to stop several times. Each time I stopped recording, a separate file was generated. I wasn't thrilled about that, until I discovered that they all became one file after I closed the app. If I want them to remain separated, all I need to do is rename them before I leave the app, which was perfect for the next set of recordings that needed to remain separate from each other. Playback is as simple as tapping on the file I want to listen to (they are all presented in a list). I guess the only drawback I can see is that editing only allows deleting of files. If someone wanted to edit the actual file by removing or recording over sections, this app won't do that. Overall, though, a handy little tool.

I had tried Dragon Dictation in the past and found it too difficult to use, I talk fast and am bad at enunciating, so I figured I just wasn’t cut out for dictating my writing. A recent arm injury has forced me to try it again. I researched other options besides Dragon because of the price and the learning curve. This app had a lot of great recommendations and reviews so I figured $3 was worth seeing if it worked. It really does! All the commands for quotes, punctuation, and new line breaks all work with this and best of all it understands my horrible speaking skills. I also like that there is a recording of what I’ve said so in case the transcription confuses what I said I don’t have to try to remember what word or sentence I was trying to say (unlike Dragon that doesn’t save your audio, at least the version I tried anyway). This is way better than Dragon Dictation and far cheaper! Plus, I can record anywhere and I don’t have to be tethered to my computer. This is a must for writers wanting a cheap and easy way to dictate their work.

I really like this app. The pros are that you can record segments and if you label them using numbers they will play back in sequential order. Automatically going to the next recording. My only complaints are once you label to 10 it places that as the first recording rather than the 10th. My solution was to use 1.0, 1.1, etc all the way to 1.9 then 2.0 (Ex: 1.0 Introduction). Same with the labeling of the folders. My second issue is that while you can pause a recording, you can't rewind that same recording and record over something if you are reading text to yourself. For example, I am reading chapters of a course I am studying so I can listen back as a refresher. If I mess up and it's enough to bother me I have to delete that recording and start all over or just continue reading. Rather than just rewinding and recording over the portion I screwed up. Solution to that is use the pause button often and do some skim reading before doing so aloud for longer recordings. Otherwise I find this to be a cool app that is user friendly.

From Audacity Developer Team: Audacity is an open source, cross-platform audio editor and recorder. Audacity can record and play sounds and import and export WAV, AIFF, MP3, and OGG files. Edit your sounds using cut, copy, and paste features (with unlimited undo functionality), mix tracks, or apply effects to your recordings. Audacity also has a built-in amplitude-envelope editor, a customizable spectrogram mode, and a frequency-analysis window for audio-analysis applications. 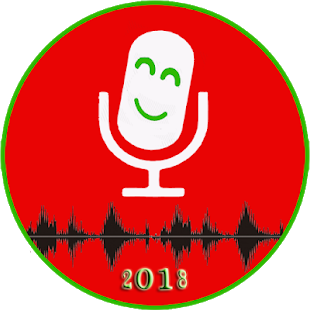 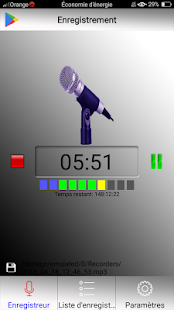 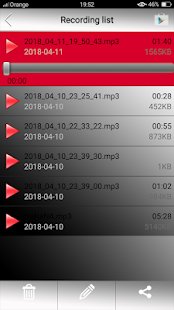 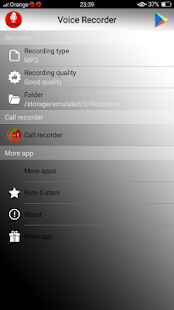