I have been using this app for about a year now, and it is the best I’ve found. I have used two other apps previously, and they didn’t do as good a job of holding the volume I require and their password lock for all transitions to other apps wasn’t as efficient. This one is great! The image modifiers work almost better than the Photos app itself, and I use them all the time to crop, sharpen, and enhance lighting. I have over 3GB of pics in this app and it loads fast and has great folder modifying capabilities. The WiFi upload/download is pretty manual, but a nice option. The screen lock when leaving the phone is great for hiding what you were looking at. The ‘delete after upload’ feature is wonderful, too!The only suggestion I have for improvement is bulk organization functions within folders (it takes forever to get new pictures from the bottom of the folder to the top by dragging if you have more than 300 images in a folder). If you want to organize images alphabetically, any new additions take a lot of effort to get in place within the folder. Great tool! Highly recommend!

I've been using the pro version of this app for about 4 years. Currently it's pretty well developed. The only issue I've ever had was losing 400+ pictures/videos due to the app not backing up to iCloud (2 years ago). I lost my phone while on a trip in Europe, after returning I tried a backup only to find that all data within the app was lost (literally as if I had never used the app before). I tried a fresh backup several times, each with the same results. Going into detail: I used photo vault for 2 years prior to the loss of the phone. I had pictures in my stock photo album that were dated same as some photos in the photo vault. The backup recovered 700+ pictures that were in my photo album (and other apps/app data) ... some dating up to just a couple weeks before I lost the phone. Basically I guess photo vault was never backed up, while just about everything else was? You'd think after paying for the pricey Pro Version and 2 years of constant use, there would be some element of assurance... I have had little use for this app since losing everything.

I've downloaded and tried several apps over the years for keeping photos and videos private, but Private Photo Vault is the first time one that was the "complete package." The wifi import (and export) function allowed me to easily transfer and upload/download photos, and I was impressed by well thought-out features like the option of deleting photos from your device's camera roll once you've imported them into the Photo Vault. One minor suggestion--mentioned by someone else--would be the ability to re-arrange photos within the album in a batch format, but given how I've never found an app like this as feature-rich and relatively bug-free as this, I'm more than satisfied. It worked perfectly for videos too.One item to look out for: I was initially frustrated because Chrome would not accept the password so that I could connect the device and my desktop via wifi. But it worked fine in Safari, so be aware of this!

From Varun Samuel: Secret Calculator hides your photos & videos behind a working calculator.Everyone will think this app is just an ordinary calculator. What they wont know is that you can enter a PASSCODE to access secret photos & videos!Even the icon on your phone will look like a calculator, so no one will suspect youre trying to hide anything in the first place!FEATURES: Discrete app icon Fully functional calculator Take private photos/videos from within the app! Import content from your iPhone/iPod Create custom albums for your photos/videos Fully customizable slideshows Multi-touch gestures: zoom and swipe Supports copy/paste Stylish, yet easy to use interface Full Retina display support And much more!Due to restrictions beyond our control, we are unable to delete photos and videos from the native Photos app.Please make sure to back up this app if you are upgrading via iTunes sync. 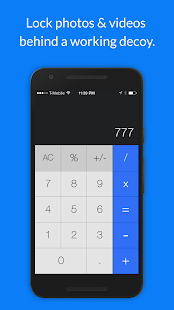 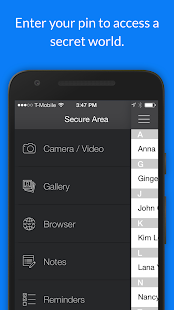 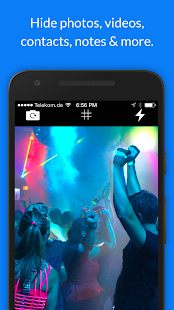 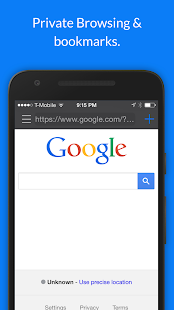