MTA can be shocking sometimes. Thankfully, this NYC Subway app let's you know what's going on before you leave work without having to search all the over the web to find out what the latest issue is. Good app.

I wish you can type in the destination and then that will be highlighted or a blinking dot will appear. Then a diff page will appear with options on which train to take.

This was my first trip to NYC. Between this app and Apple maps we got around pretty easily.

From Bappz: The free New York Subway Map app has everything you need to get around NYC Subway including. Offline MTA New York City Subway Map. LIVE MTA Subway Route Status. NYC Trip Planner. New Jersey Transit Schedules. NJ Transit Rail Map. Newark Light Rail Map. Hudson-Bergen Light Rail Map. NJ Transit River Line Map. Long Island Rail Road Map. LIRR Park & Ride. LIRR Train to Subway. LIRR Works Ferry. And of course the MTA New York City Subway Map is still top billing. Add the widget and you don't even need to open the app to see how the subway is running. If you're travelling further afield, there's also free maps for Boston, Chicago, Los Angeles, Montreal and many more. New York City Subway Map is a pretty simple app on the outside. It's an offline MTA map (so there's no hang time waiting for a connection or using up your data allowance) and live line statuses let you know if your journey is likely to be disrupted or delayed. the point to point journey planner that will tell you the best route and lowest cost of getting from A to B by subway, train, bus, car, taxi, bike, foot and even Uber. And it works for any route the World, including flights - not just for NYC. Now you can Favorite the lines you use most and get notifications of service disruptions as they happen, without having to open the app. If you're living, working or just visiting New York, New York, then get this free app on your device now for that moment that when you wished you had it now. For those of you that travel a little further we've also added access to all our other market leading subway maps such as Boston, Chicago, Los Angeles, Montreal, Moscow, Amsterdam, Brussels, Hong Kong, London, Paris, Barcelona, Madrid, Valencia, Granada, Rio de Janeiro, Sao Paulo and Tokyo. Made by Bappz, creators of London Tube Map - the most downloaded London commuter app ever. 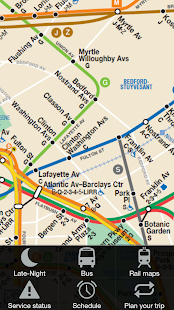 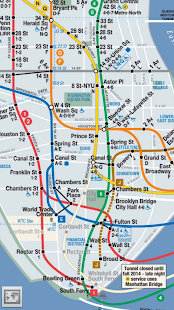